Maine, USA Birth: I had a normal pregnancy, labor and delivery with Aidan and his Apgars were 8 and 9 respectively. He would not eat and so was transferred to the NICU. Aidan had significant central hypotonia and soon required oxygen to support his breathing. He underwent extensive genetic and metabolic testing, had a muscle biopsy and MRI. All tests were unrevealing. He had a nissen fundoplication to fix his reflux and a g-tube placed for feeding. After three months Aidan came home with O2, g-tube, apnea monitor, and still no answers. 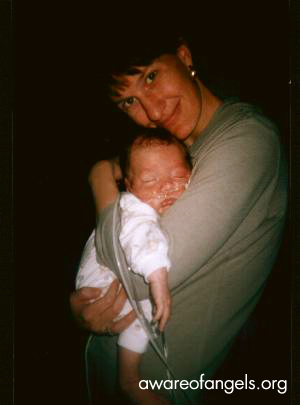 Follow up: Aidan grew stronger and at six months old was weaned off the oxygen. Then he had his g-tube removed when he was two years old. Aidan is an excellent eater, eating a healthy variety of food safely. He remains quite small for the amount he eats. At the age of 13 he weighs in at 61 lbs and 56 inches tall. When Aidan was five years old he had surgery to correct his strabismus. At the age of 10 he was diagnosed with Epilepsy. (Lennox-Gastaut) He has tonic, myoclonic and absence seizures. He has tried and failed seven different medications and the Ketogenic diet. Aidan was evaluated for a wheelchair when he was 11 years old. After much deliberation and a three month trial, we decided to get him a power wheelchair. He learned how to drive it with increasing independence and it has given him new freedom. With his ability to explore, as studies have already stated, has come an explosion in his cognitive abilities. It also increased his motivation to walk with assistance and he uses a manual chair in the house. The implications of mobility are powerful and should not be limited to one mode. 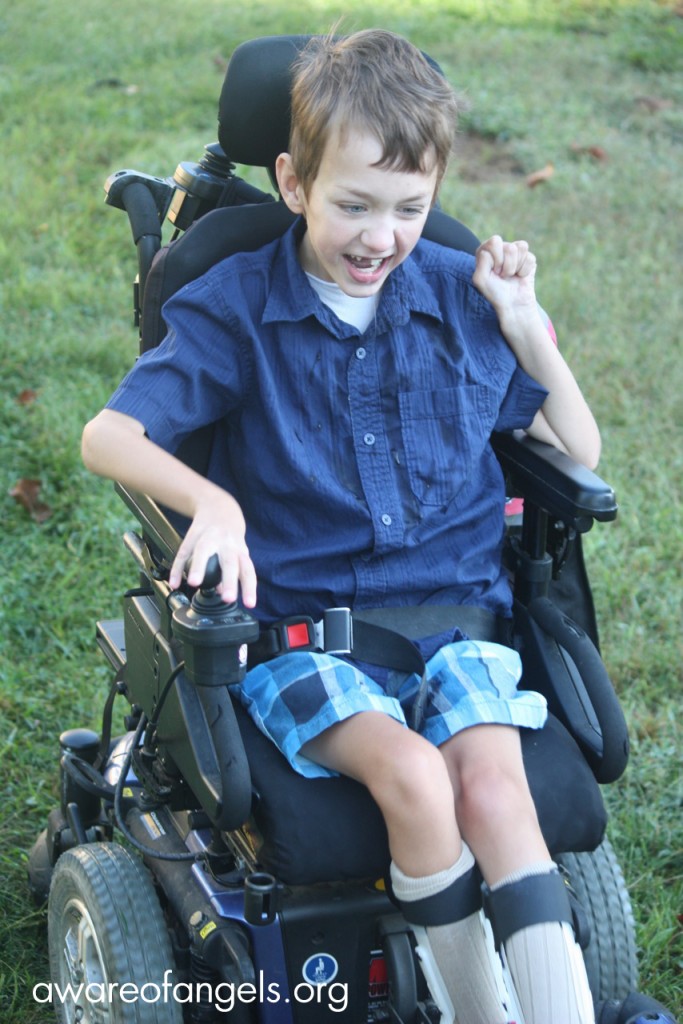 Big news: This year Aidan was able to have his Whole Exome sequenced. It was covered by insurance at a reduced cost by the lab. It was discovered that he has two genetic variants on his PURA gene on his 5th chromosome. While it is not officially a diagnosis because it has not been thoroughly studied, there is enough information to conclude that it is causative in nature. Aidan’s clinical information will be presented in a genetics article in hopes that other researchers will have more information. My greatest desire in telling our story is that the people in the medical profession will study these genentic abnormalities further and possibly come up with treatment options.

Aidan’s team: Aidan attends 8th grade in both a self-contained classroom and a general education classroom. He receives all of his therapies (OT, PT, Speech) there and has a private PT as well. He is followed by genetics, orthopedics, neurology, endocrinology.  We have a great team. The doctors who have made the best impression on me are the ones who speak directly to Aidan, explain information thoroughly to me and work with me to make Aidan’s treatment easier. For example, I refused a follow up MRI when the neurologist suggested it because it would require sedation and was not expected to give much useful information. However, when it became necessary for Aidan’s orthopedic surgery, I asked both doctors to coordinate, put in joint orders and share information. That’s teamwork. It’s also beneficial to our family when professionals are not limited to seeing Aidan through the lens of their specialty. For example, in scheduling Aidan’s surgeries, the doctors considered our support systems and any circumstances that may effect the timing of the surgeries. In follow up, we had three orthopedic doctors and they worked with me to keep appointments to minimum. Aidan and I have enjoyed presenting to medical professionals to help put Aidan’s life into context and share how we think parents and professionals can best work together.

Community: We have had the remarkable priviledge of receiving abundantly both from friends and strangers. When Aidan was 10 years old some friends ran a fundraising campaign to buy an accessible van for Aidan. Aidan would not have been able to use a power wheelchair without it and there was no other way to fund it. Just two years later our community came through again to do a major home renovation for us. They built Aidan an accessible bathroom, larger living room and widened doorways so Aidan could move around the house independently. While we will always be grateful for this, we also acknowledge that there is a great need for assistance and services in the disability community, ones that aren’t covered or provided for by any agencies. 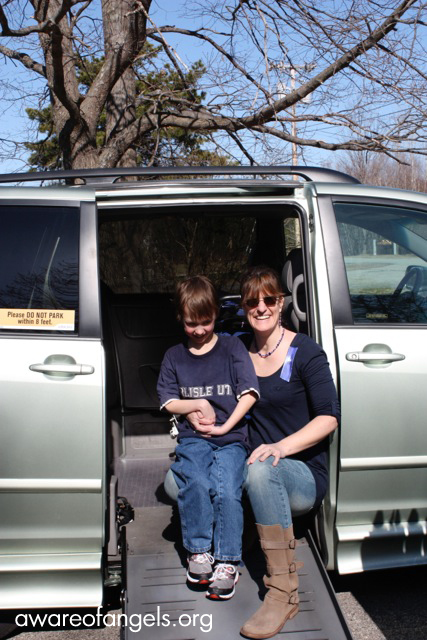 But who is Aidan really? Aidan is smart. He drives his chair like a boss. Independent mobility is Aidan’s greatest motivator. He uses a manual chair inside the house and walks with assistance making it very clear with the turn of his body which way he wants to go. He can feed himself too. Though he is non-verbal, he is learning to use a communication device. He is also very social and will lean his head forward when he meets you in hopes that you will touch his forehead. His blue eyes win over every teacher and therapist who has ever worked with him. His big brother may be his favorite person ever because he is the silliest. Aidan has gone to the top of a 30 foot climbing tower, had sleepovers with his cousins, enjoyed several family beach vacations, and travelled to Ireland. Aidan is a part of our family and has changed his community for the better. 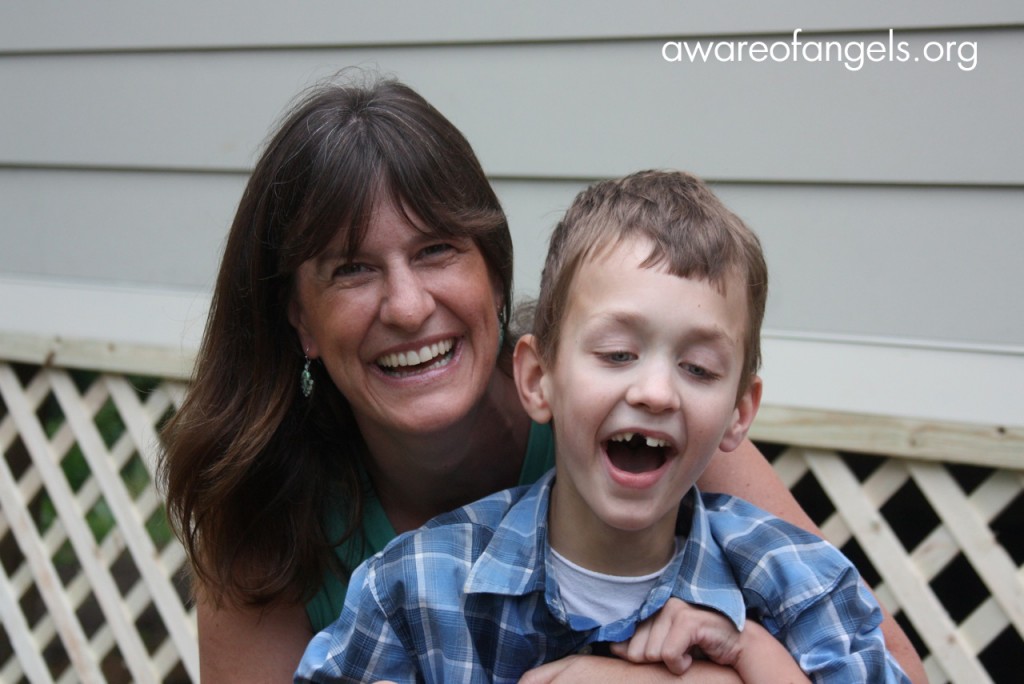 Aidan’s mom blogs at Team Aidan   http://teamaidan.wordpress.com/  and can be reached at teamaidanrocks@aol.com