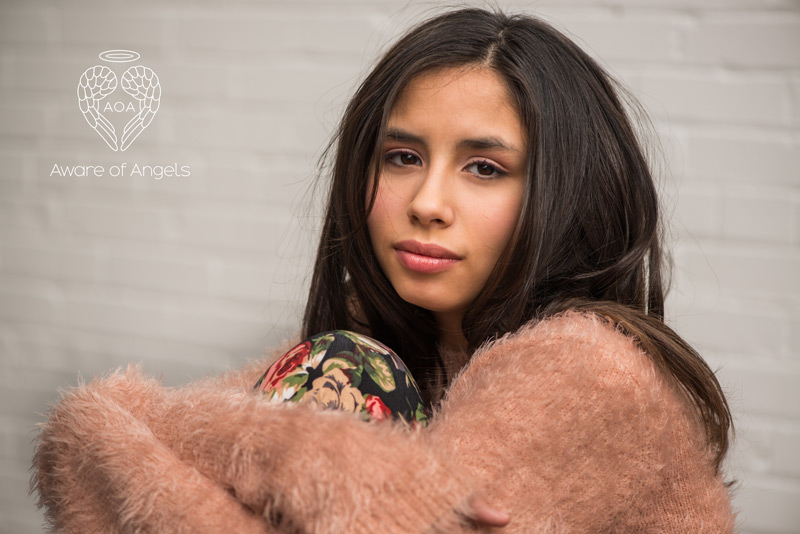 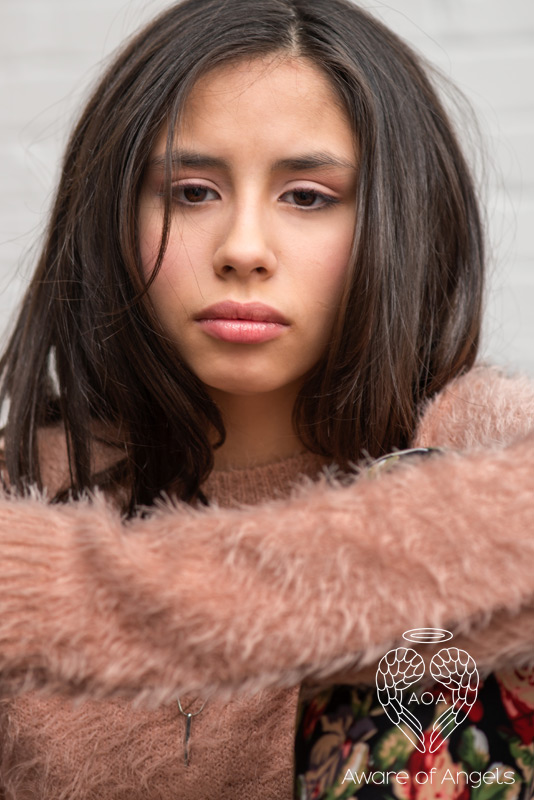 Aliyah tested positive for Methamphetamine’s when she was born and was then taken from her birth mother. As far as I know she was born at 31 weeks and was born with Esophageal atresia/ tracheoesophageal fistula type c, had a bleed on her brain and a hole in her heart.
She was born in Ogden but was taken to PCMC within hours and had surgery to fix the EA/TEF.  She was in the NICU for almost 4 weeks then went to an emergency shelter home for about 3 days. We found out about her and her 2-year old sister when we were asked to be their foster parents. She was about 5 lbs when we got her. Aliyah came to us with an apnea monitor on. 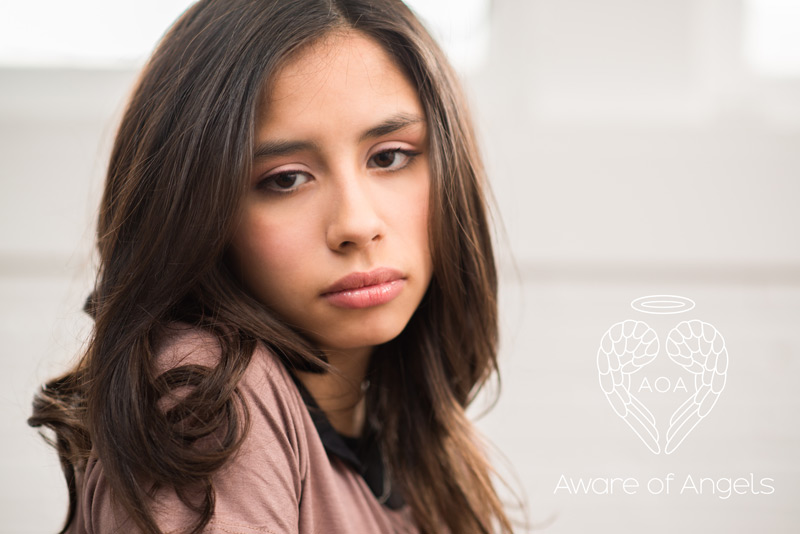 We were told by the state and her doctors that she would out grow all her health problems by the time she was one. She was diagnosed with GERD, reactive airway, tracheomalacia, two fused ribs, two fused vertebrae, asthma. We adopted both girls when Aliyah was about 18 months old. She was diagnosed not long after that with failure to thrive. She also got RSV, Pneumonia, and influenza all at the same time.
That is when they told us she had IGA deficiency. She has been life flighted and went septic on us. 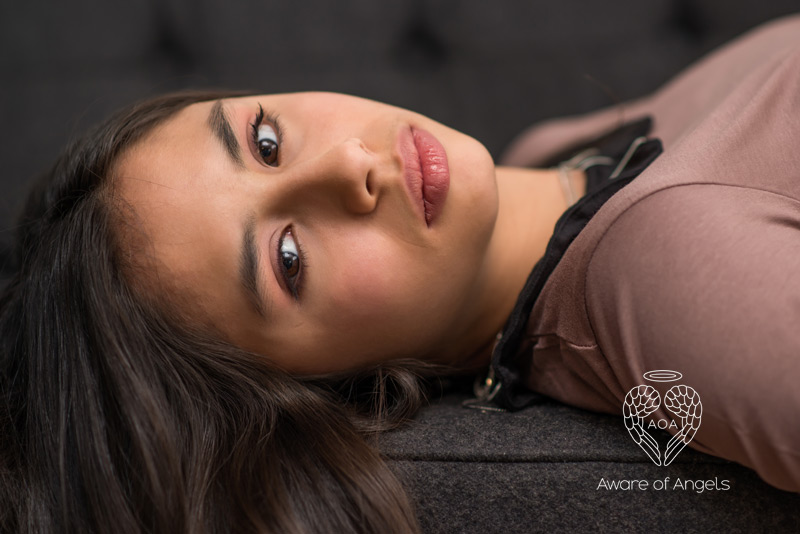 She was always sick and so we spent a lot of time in the hospital. She has had an NG or NJ tube for many years until 2006 when they did a nissen on her. Because she was refluxing and aspirating so much. A pH probe showed she had acid up to the top of her throat 138 times in 24 hours and 18% of the time it was going in her lungs. After the nissen they put a G tube in which has since been changed to a GJ tube. Doing the nissen seemed to set off a different set of problems. She could not swallow her own saliva and would choke and aspirate that for hours and hours each night. She then had 15 surgeries in 18 months trying to resolve these problems. They dilated and redid the nissen to loosen it but nothing helped, they took it down part way (toupet, which is a half wrap) and did Bronchoalveolar lavages to see how much she was aspirating into her lungs. Then they took down the nissen most of the way (Thal, which is a fold on to the esophagus).
It was either have her aspirate stomach acid or aspirate saliva and anything she tried to eat or drink. 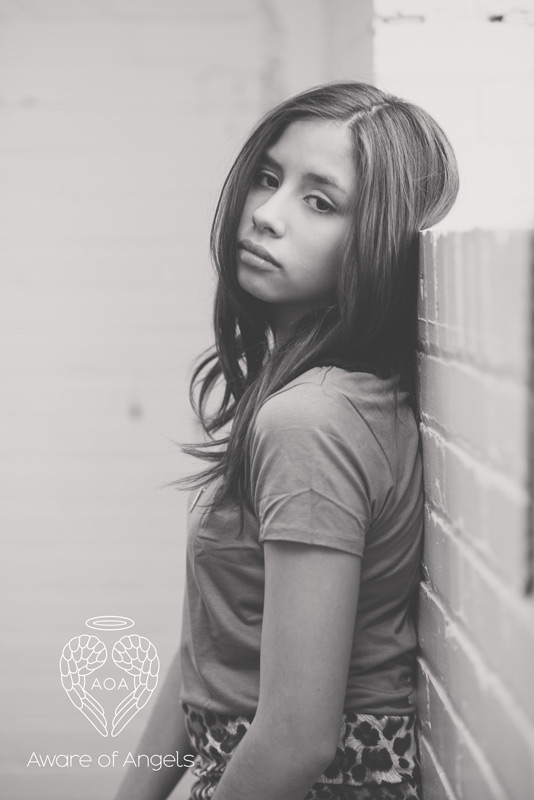 At one point they told us to never let her eat or drink by mouth again because the stuff she could get down her esophagus would go into her lungs and the stuff that wouldn’t go into her lungs wouldn’t go down her esophagus either. We said how do you sit at a table as a family and tell one of your children they cannot eat? How do you not let them have their birthday cake even if it is only a couple bites. Every Holiday, event, church activity, school activity involves food. It was then we decided to let her eat what she wants even if it is just a nibble. Within reason, of course she can’t eat a big juicy steak. We learned to tell people if you can and would feed it to a 1 year old you should be OK giving it to Aliyah as a general rule of thumb. In March 2012 I found out on Facebook about the EA team in Boston. We did some fundraisers and went out there to see them in June 2012. In Boston Aliyah met her very first EA/TEF child. Finally someone like her.
She met many more in the years we have been going out there for treatment. 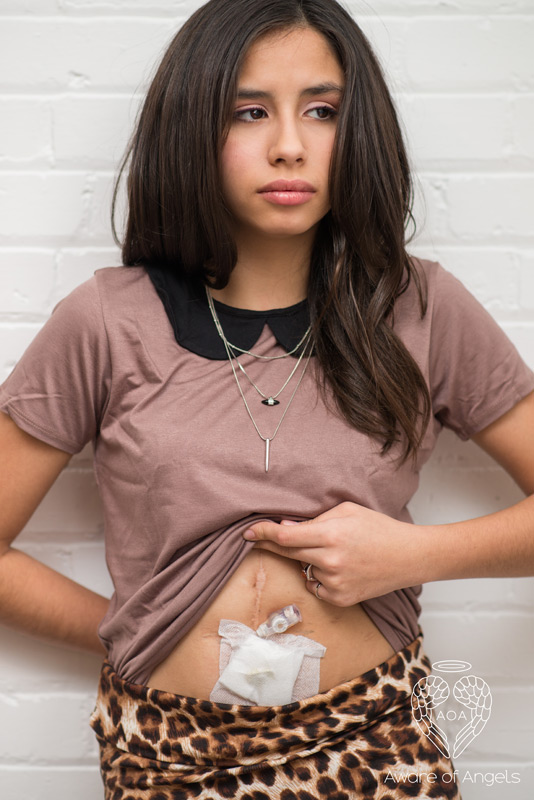 They found she still had severe tracheomalacial, her aorta was collapsing her trachea with every heart beat so they did an aortaplexy (tied her aorta to her sternum). Then a few months later they took her nissen all the way down and found and fixed a Paraesophageal Hernia. They also did manometry testing while in Boston and found she has zero motility in her esophagus, her stomach is paralyzed (gastroparesis) and she has little to no motility in her intestinal tract.  She had an Appendicostomy surgery done in Oct 2013 where we insert a cath into a hole in her abdomen and flush her system and bowels out each night and that seems to be working well for her. 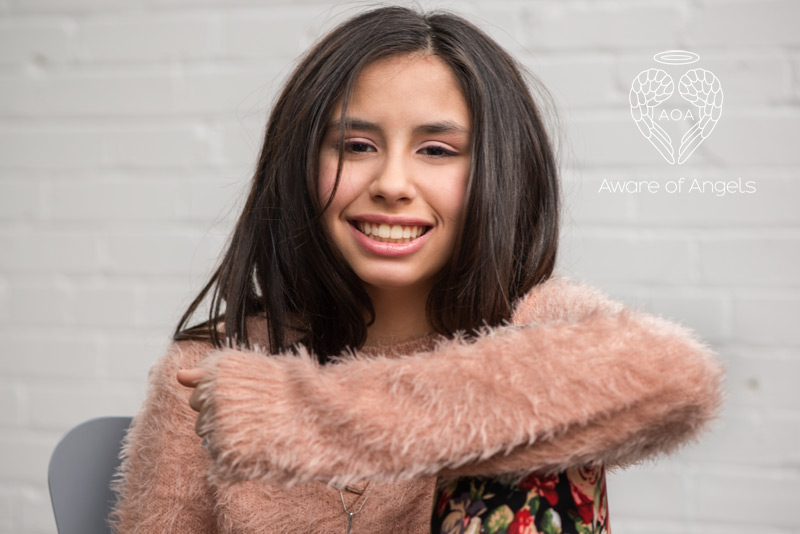 In Nov 2014 we went back to Boston because they found an extra hole between her lungs and she was still sick a lot with aspiration pneumonia. They also found her tracheomalacia was still very bad so they went into her chest cavity (thoracotomy) and closed the hole and did a tracheopexy
(tied her trachea to her spine to keep it open). 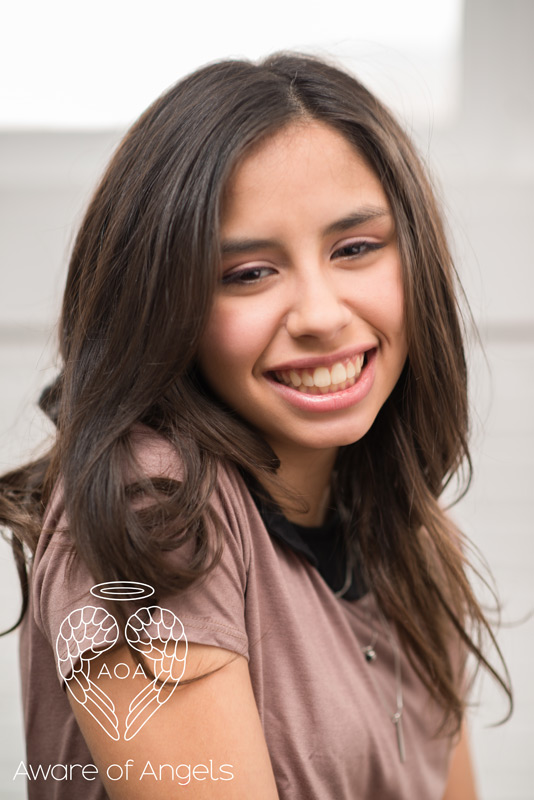 To date she has had about 75 surgeries with all the dilation’s, bronchoscopies, and major surgeries. She still has a GJ and appendicostomy, she has gastroparesis, esophageal dismotility, esophageal dysphagia, is very high risk of choking and aspirating, two fused ribs and 2 fused vertebrae, prolonged qt syndrome, and a mild case of cerebral palsy and goes to physical therapy 3 times a week. 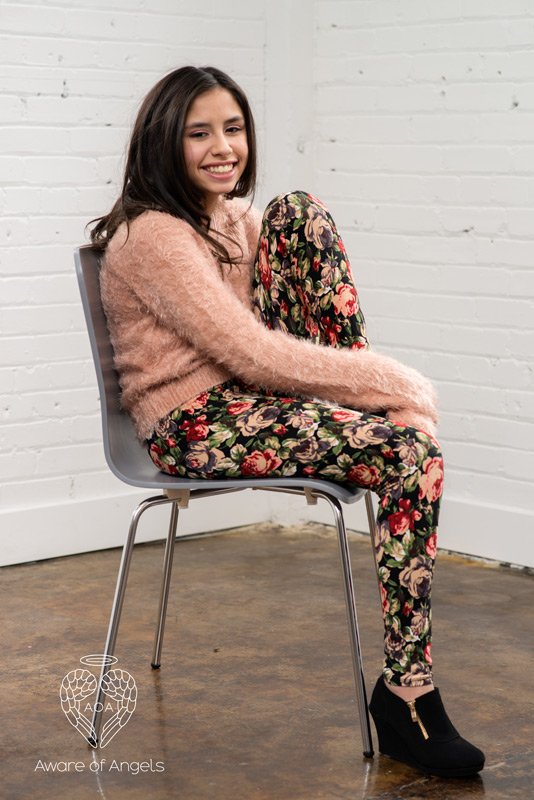 Aliyah misses a lot of school because of all her health problems and surgeries, it is hard to go back to a class when all the other children have been there and moved on and you have miss a couple months. There is no one to fill in these large gaps which makes her feel self conscious and inadequate. 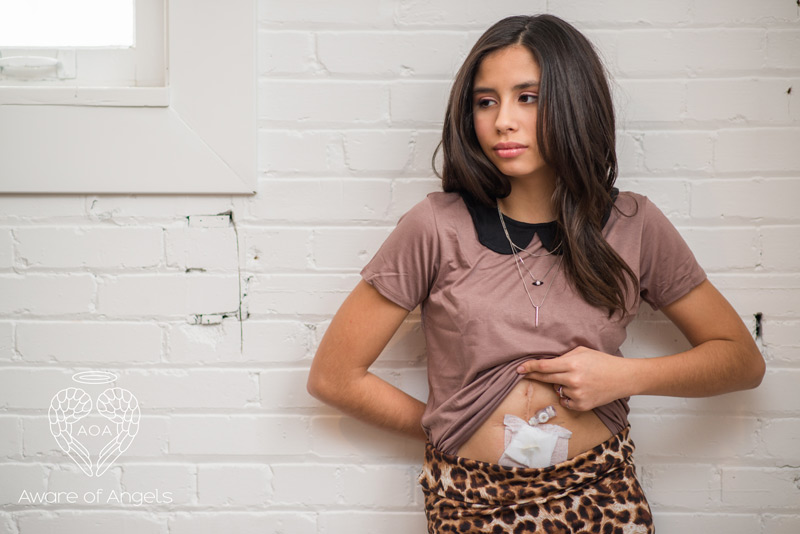 Because you can’t see Aliyah insides and health problems, we get judged by some people, they don’t think she has so many health issues because she doesn’t “look sick.” We have also been told we make her out to be sicker then she is for attention or to take advantage of others. This is very hard and hurtful, not every disability is visible.  We often hear from the doctors that Aliyah is a very complicated kid. 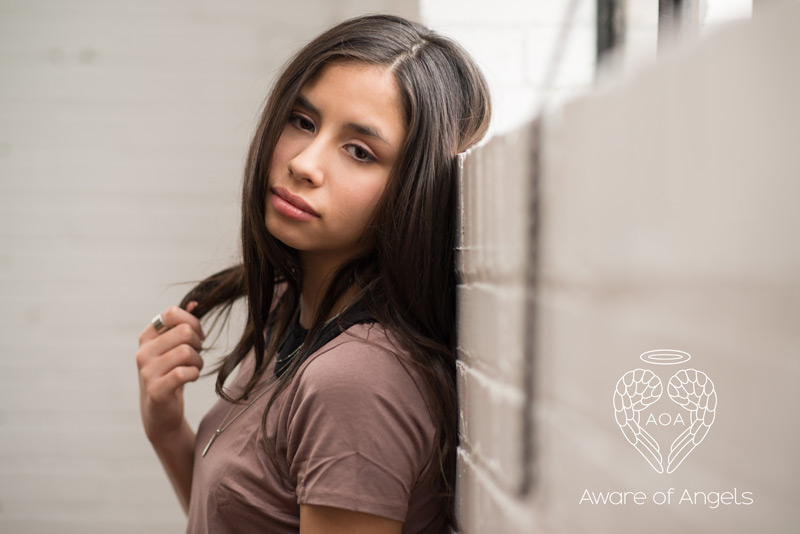 Many times Aliyah doesn’t get to participate in activities because she can’t eat what is being served, she can not hike or do what is involved due to her airway issues, feeding tube, and flushes. It makes her feel upset when she is left out because she is different. She has even said if I didn’t have to have a feeding tube, flush and was a normal child then they would not leave me out. We know there are activities she can’t be involved in but there should always be an effort made to involve every child even in a small way. Make accommodation and include them not excluded them, they already get excluded from so many thing that is out of their control. 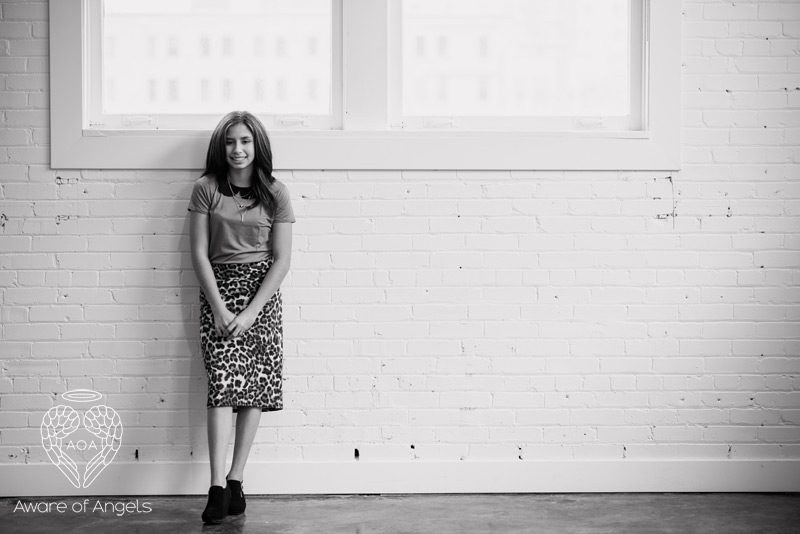 Despite all these challenges Aliyah is a bright, happy girl who is a blessing to each person that knows her. She loves to bake for whoever she can, although she doesn’t eat any of it. She has a bunny she named Tef and she loves him to pieces. She loves to sing and was in her first talent show July 2013 and in her first community play Dec 2013 She sang at the county fair in 2014 & 2015. Music is a big part of her life and brings her much happiness. She has a very big heart and has raised some money by baking and selling cupcakes for a family who’s father had terminal brain cancer. It has not been easy to watch her face so many challenges and suffer so much, at times she will say mom I just wish I was normal. I told her everyone’s “normal” is different. God has a special plan for this strong girl. She has defied all the odds that were stacked against her from day one. If this girl doesn’t give you hope I don’t know what will. I am honored to be her mother and have learned that through great trials come greater blessings. She likes to call her scars freckles and will sing this song:

“Cause a face without freckles is like a sky without starsWhy waste a second not loving who you areThose little imperfections make you beautiful, lovable, valuable,They show your personality inside your heartReflecting who you are.” 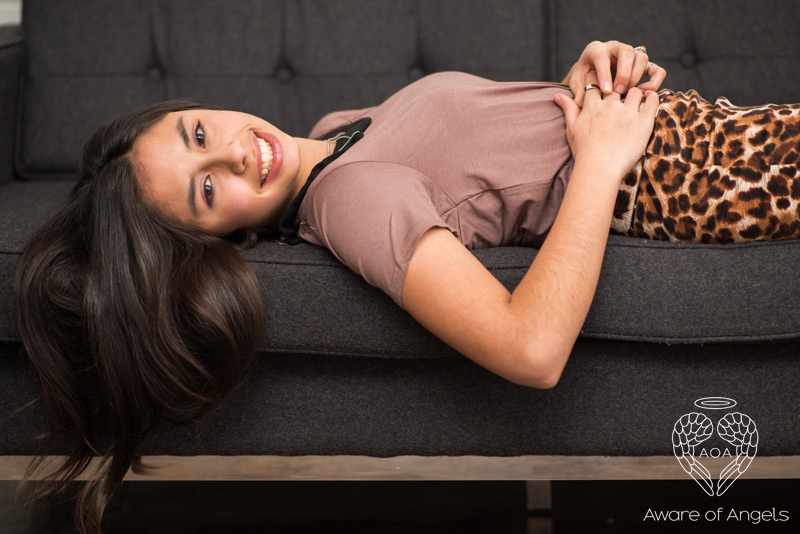