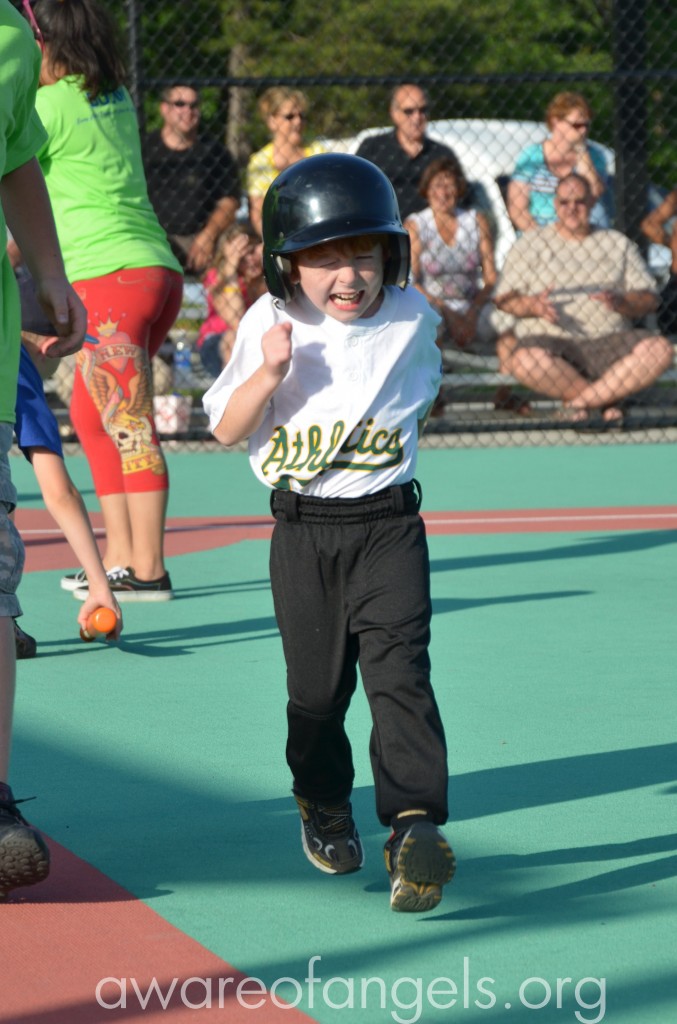 Brendan was born 5 weeks early after a pregnancy where I had problems with low amniotic fluid since week 18. He is the third child in the family. When he was born his older sister was 8 and his older brother was 4.

Initially, Brendan met his milestones on time. But by 10 months of age, he appeared to stop progressing. He sat up on his own but made no effort to move or talk. We met with our pediatrician who told us ‘nothing was wrong’ so we switched pediatricians. We also began receiving therapy through the CDSA (Children’s Developmental Services Association) where we live in North Carolina.

Brendan had a MRI that came back normal. His main presenting symptom was overall hypotonia (low muscle tone). We met with a neurologist when Brendan was two years old, who told us he was mentally retarded and ‘not to get our hopes up’. He also suffers from pretty severe constipation and has many autistic behaviors.

The physical therapy (PT), occupation therapy (OT) and speech therapy made all the difference. He started receiving those when was about a year old. Brendan started crawling before his 2nd birthday and walked before his 3rd. He made consistent improvement with speech although very slowly.

We met with a new neurologist through Wake Forest Baptist University Hospital in Winston-Salem, NC when Brendan was almost 5. They suggested the blood test that led to us finding out that Brendan had the 2q23.1 microdeletion in November 2009. Brendan’s dad and I have not been tested to find out if he inherited the syndrome or if it was de novo. 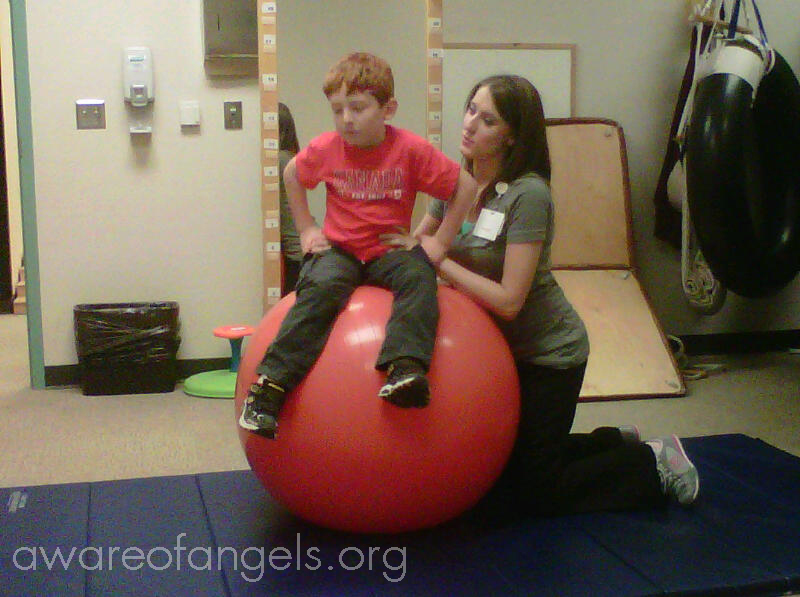 Brendan attended a pre-K class made up of children with special needs and typical children. But, he was still behind developmentally. So, we put him in a private pre-K class the next year to allow more time for him to catch up. He then moved to a public school kindergarten where he could continue to receive PT, OT and speech through the school system. He’s now repeating 2nd grade and it’s going very well. He is on grade level which is a first. He’ll be 10 in April but is more like 7 turning 8. He is a good reader but doesn’t process information in a typical way. And, math is really challenging for him.  He is two years older than the other students biologically but, he also has a short stature.  He has some of the self destructive behavior that is typical of the syndrome. He sucks on his hand and will do that until it bleeds. He seems to have a high pain tolerance. That makes it challenging to know when he is truly hurt. He also has a mischievous side that can be challenging. 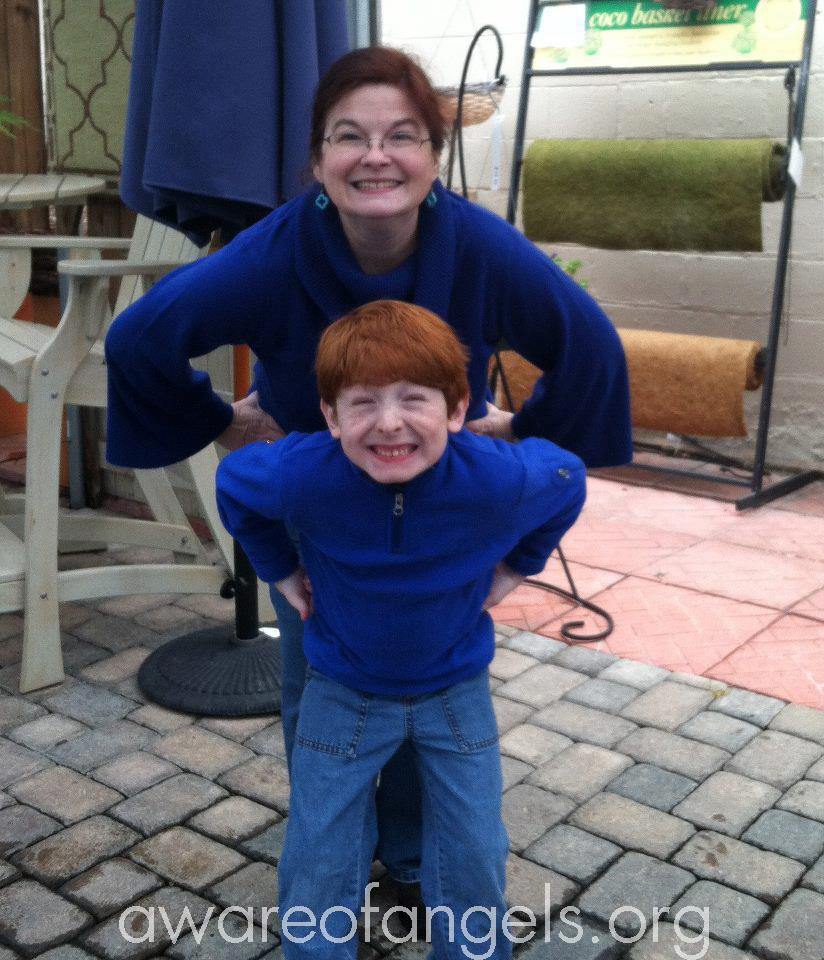 Brendan has red hair and freckles so he stands out in a crowd. He is very sweet and loving and is a joy to be around. No matter where we go, people seem to be drawn to him. He is teaching me about patience and about accepting things as they are. He loves video games and the computer and having a schedule that he can count on. We applaud each and every one of his accomplishments.