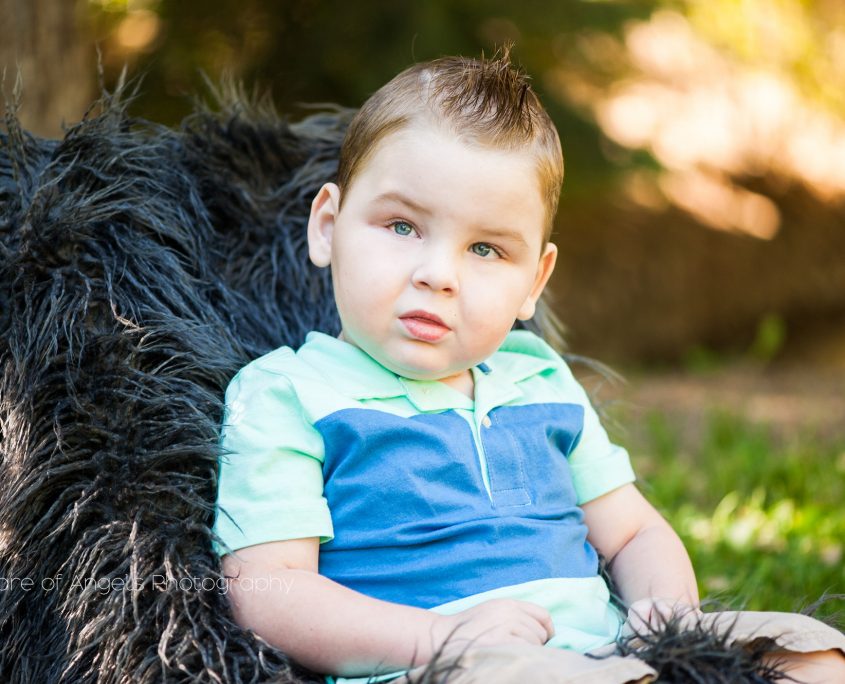 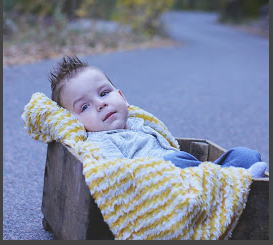 There are hardly words to describe that moment, after nine months of planning and preparing, you finally get to meet and hold that precious baby.  Then the icing on the cake comes when the doctor proclaims, “Your baby is perfectly healthy as can be, I can find nothing wrong.”   That moment the doctor spoke those words to me is forever etched in my mind.  At that time, what we didn’t know was that our third child, our precious son Bridger, wasn’t healthy.  In fact, his little body had many disabilities that would unfold slowly but surely over the course of the next 6 months…and to be honest, they are still unfolding to this day. 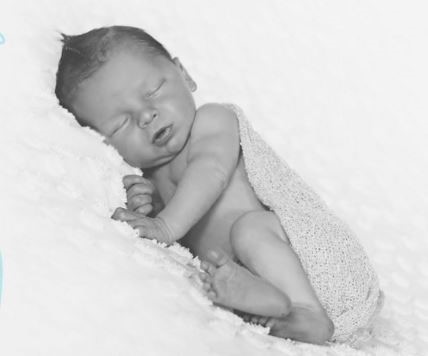 Bridger was born on July 20th, 2013.  He was angelic in every way, a true breath of heaven.  When he and I had our first moment alone together, the spirit I felt was stronger than I have ever felt before.  As we gazed into each other’s eyes, there was something indescribably special inside this body that I couldn’t explain.

Bridger is our third child.  He has and older brother and sister who have come to be his biggest cheerleaders on the planet. 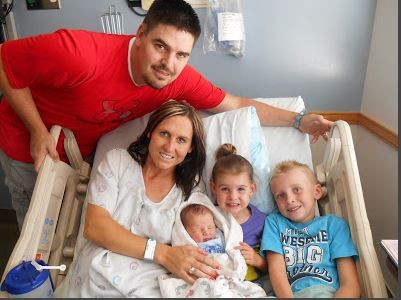 Before we left the hospital, he had the routine hearing screening, which he continually failed to pass.  We were assured it happens every now and then, not to worry, but to come back in a few weeks and have the hearing screening repeated.

I returned with Bridger to have that hearing screening repeated, not just once, twice, or even three times, but countless times over the course of the next few months.  Each time we left with the same results—he was not passing.  As time went on, we were noticing he wasn’t startling to sounds, wasn’t responding to our voices, wasn’t looking at us as we talked to him, and many other red flags.

As this was taking place, we also noticed that Bridger wasn’t meeting any of the basic physical milestones, such as, holding up his head on his own.  He was still floppy and newborn like at four months and that is when we finally came to terms that something was wrong.  It was at his well check visit, I expressed my deepest concerns and worries to our doctor.  As he examined Bridger, he agreed that my concerns were valid and that we should get the ball rolling and make appointments to see multiple specialists at Primary Children’s Hospital in Salt Lake City. 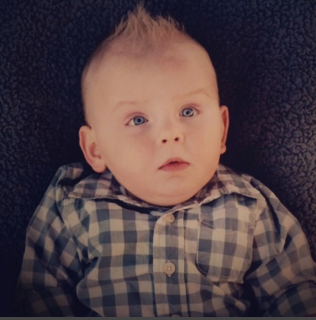 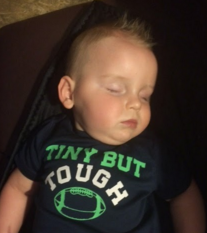 When Bridger was about 6 months old, we were finally able to get him into be seen by a neurologist and an audiologist.  From those visits, an MRI and ABR test was scheduled for February 13th, 2014.  I’ll spare you all the craziness we encountered that day with getting these procedures completed, in the end, we found answers, but with answers came more and more questions. 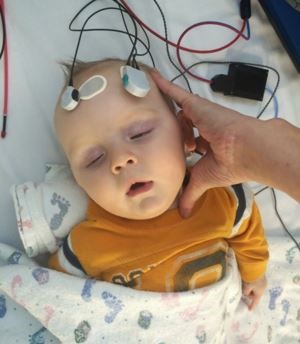 We discovered that day that Bridger was profoundly, if not, completely deaf.  We also found out from the MRI of his brain that day, he was lacking myelin (white matter) in his brain.  From his MRI, he was diagnosed with PMD (Pelizaeus-Merzbacher Disease)  Since then we have had countless genetic testing done to confirm this P.M.D.  diagnosis and haven’t been able to confirm that he has this disease.    We have also tested for all other types of diseases to try to pinpoint a diagnosis and have been unsuccessful.  At this point, he is now listed as having an undiagnosed leukodystrophy. 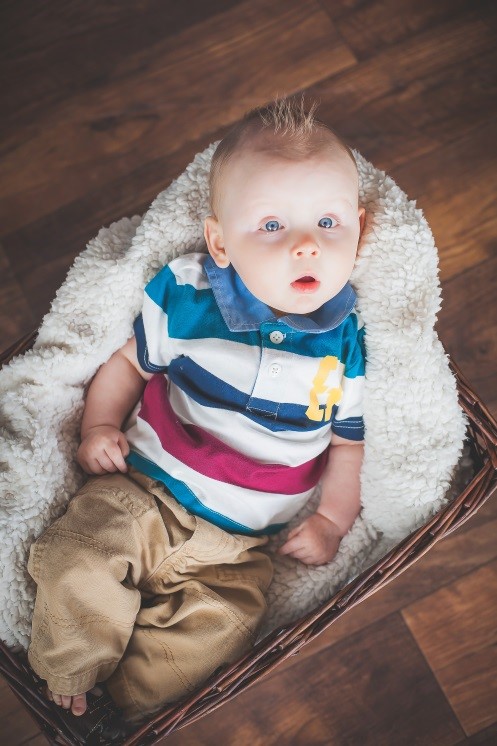 That’s not all—when Bridger was about 8 months old we took him to see an ophthalmologist. It was then we found out he had cataracts forming on both eyes.  One cataract needed to be surgically removed immediately; the other is still progressively forming and will need surgery in the near future. 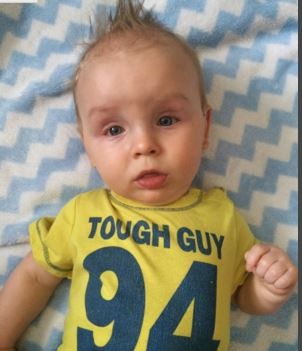 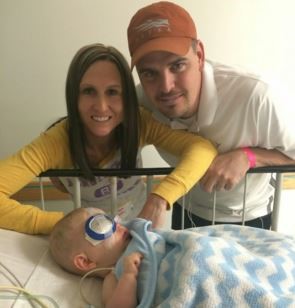 And that’s still not all—Bridger struggled with eating, swallowing, and continual projectile vomiting that began around 6 months old.  After a swallow study was completed, we discovered Bridger was silently aspirating.  He had had three major bouts with pneumonia, and looking back, it was most likely aspiration pneumonia.   Because of this, he had the nissen surgery to help reduce his vomiting ( which, sadly, his nissen failed and only lasted approximately two months) and he also had a g-tube placed to be fed through continually, 24/7. 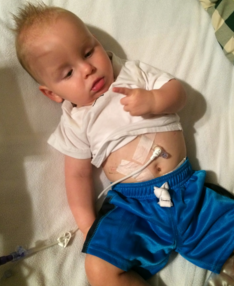 This is how we roll: 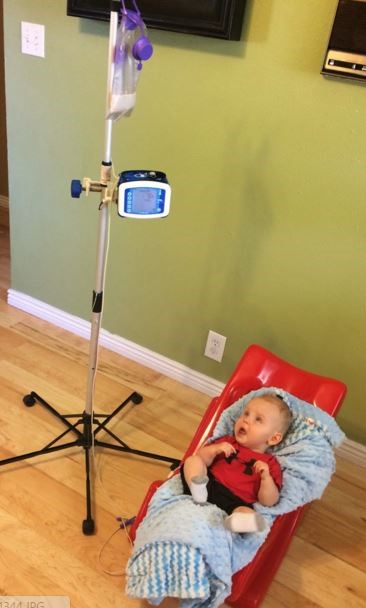 At 18 months, after jumping through many many hoops, it was decided Bridger should have the cochlear implant surgery.  That in and of itself I could write about for days—but I’ll let the pictures do the talking: 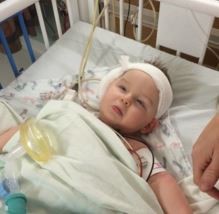 This was five days after surgery and it still looked pretty horrible: 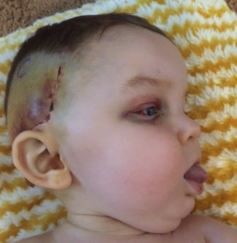 This was one week after surgery.  He had been vomiting profusely since surgery day.   It was getting to be to the point he was throwing up almost hourly, day and night.  After taking him into our local doctors multiple times during the week for blood tests and such, on day seven, after we got his labs back our doctor said he needed to be taken to the ER at Primary Children’s immediately.  He was pale, lethargic, and things were looking quite grim at this point: 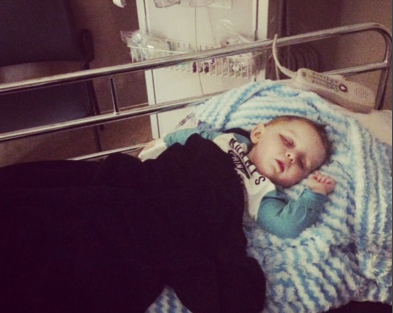 After a priesthood blessing, nearly a week in the hospital, and several trial and error treatments, he finally started to come around—and even started flirting with all his nurses. Atta boy! 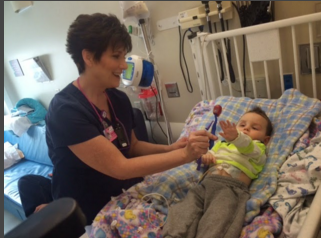 About 5 months ago, we made the switch from a  g-tube, to a g/j tube to try to see if that may help with his continual vomiting.  The first couple months were rough and his vomiting actually got worse.  But over time, we are now starting to see slight improvements and he is finally gaining weight.

We have noticed he has a vomiting schedule.  When he first wakes up every morning he has a major vomiting spell and then he is usually good the rest of the day…but may have an occasional second bout.  But  wait—when Bridger gets sick, that changes the whole ball game.  You can count on continual vomiting with just a basic common cold.   And that brings up another point, when he does get sick, it’s not just a week or so of sniffles, he gets down right sick and it lasts weeks and sometimes months.  A few months ago had a major sinus infection that caused his whole face to swell.  Last month he had RSV and is just barely back to 100% again.

As you can see- we frequent the hospital, doctors office, and have multiple specialists. 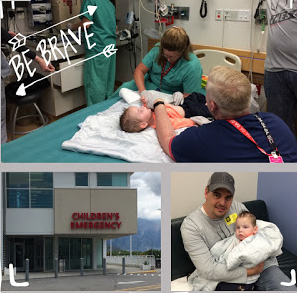 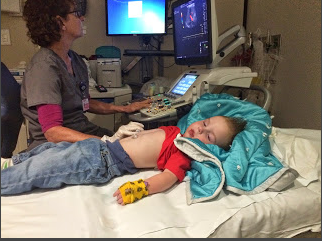 Bridger now has 10 doctors/specialists he sees, 5 therapists, and an intervener. We feel so lucky to have a huge support group and are continually amazed at the lives this boy touches each day.

At the age of two and a half, this brave boy has been through more than most people will ever experience in a lifetime.   The beautiful thing about it all, though, is he continues to roll with the punches.   He lives in this trapped body where he struggles to hear, see, move, eat, and yet he isn’t giving up.   He has drive and determination.  We’ve been told the grim reality of him having a leukodystrophy, that is, he will progressively get worse over time.  That hasn’t stopped us from living a life that includes taking Bridger with us to experience ‘normalcy’ the best way possible.  In fact, check this out…. 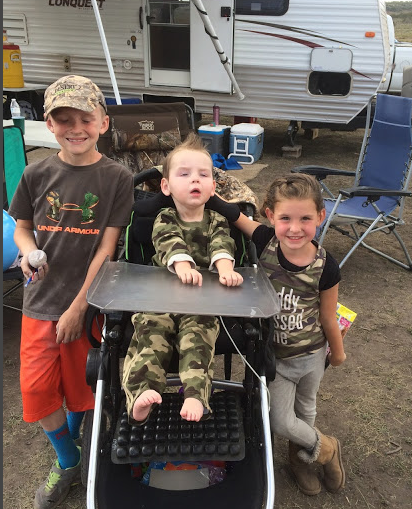 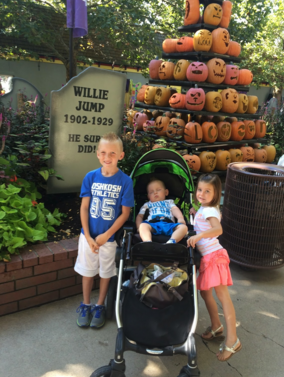 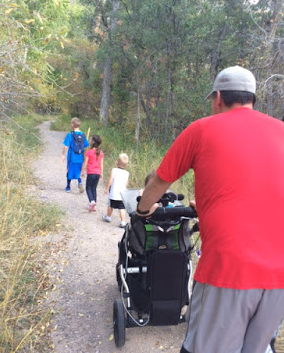 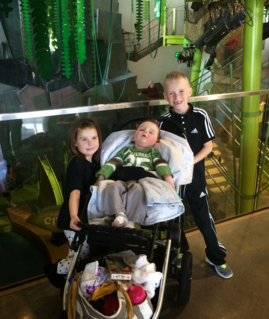 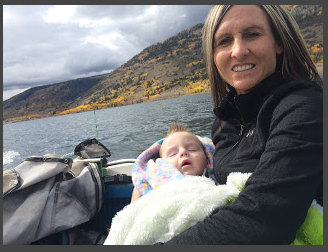 Bridger goes with us!

We have been blessed beyond measure as we find so many wonderful resources to help Bridger have a better quality of life.  Take for example this sweet ride Bridger just got for Christmas!  The Utah Center for Adaptive Technology was able to modify this car to give our son another chance at a ‘normal’ childhood experience: 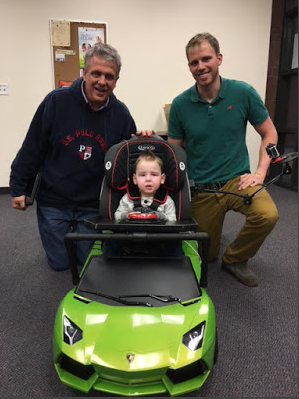 And another tender mercy is that Bridger was just selected for Make-A-Wish!

This picture was taken three days before he died.  Can you just see the love he had for Bridger just radiating? 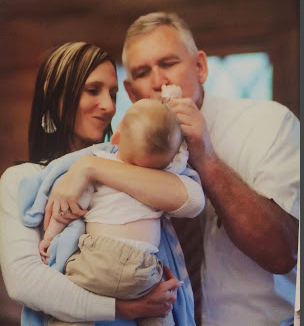 Since that day, we have seen many miracles in Bridger’s life.  Take for example:

Two days after my dad passed away, as my siblings and I were sitting together talking about my dad as Bridger was there on the floor in the middle of us.   It was then we witnessed Bridger roll over for the first time!  It was incredible!  Before then, he had never even shown signs he could do anything like that. 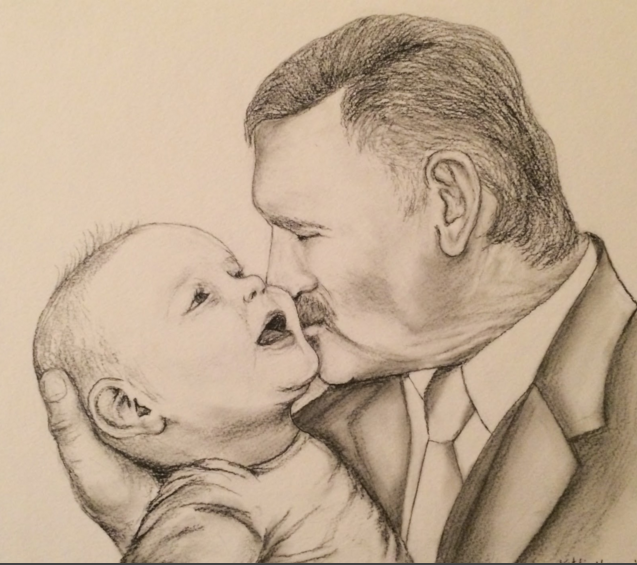 Our son has an army here on earth supporting him, but he also has an army on the other side, spearheaded by my sweet dad.   We feel so blessed to call Bridger our son.   It is an honor to say, “I am Bridger’s mom.”  Not many can say they gave birth to their hero. 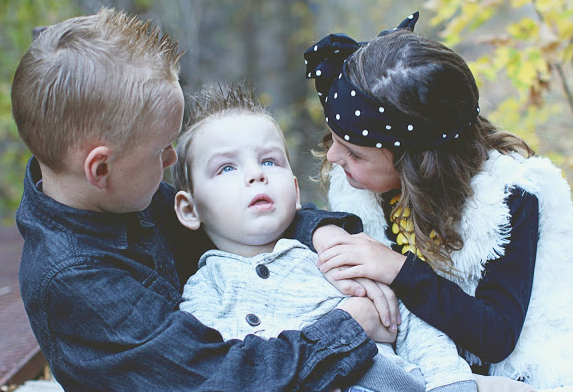 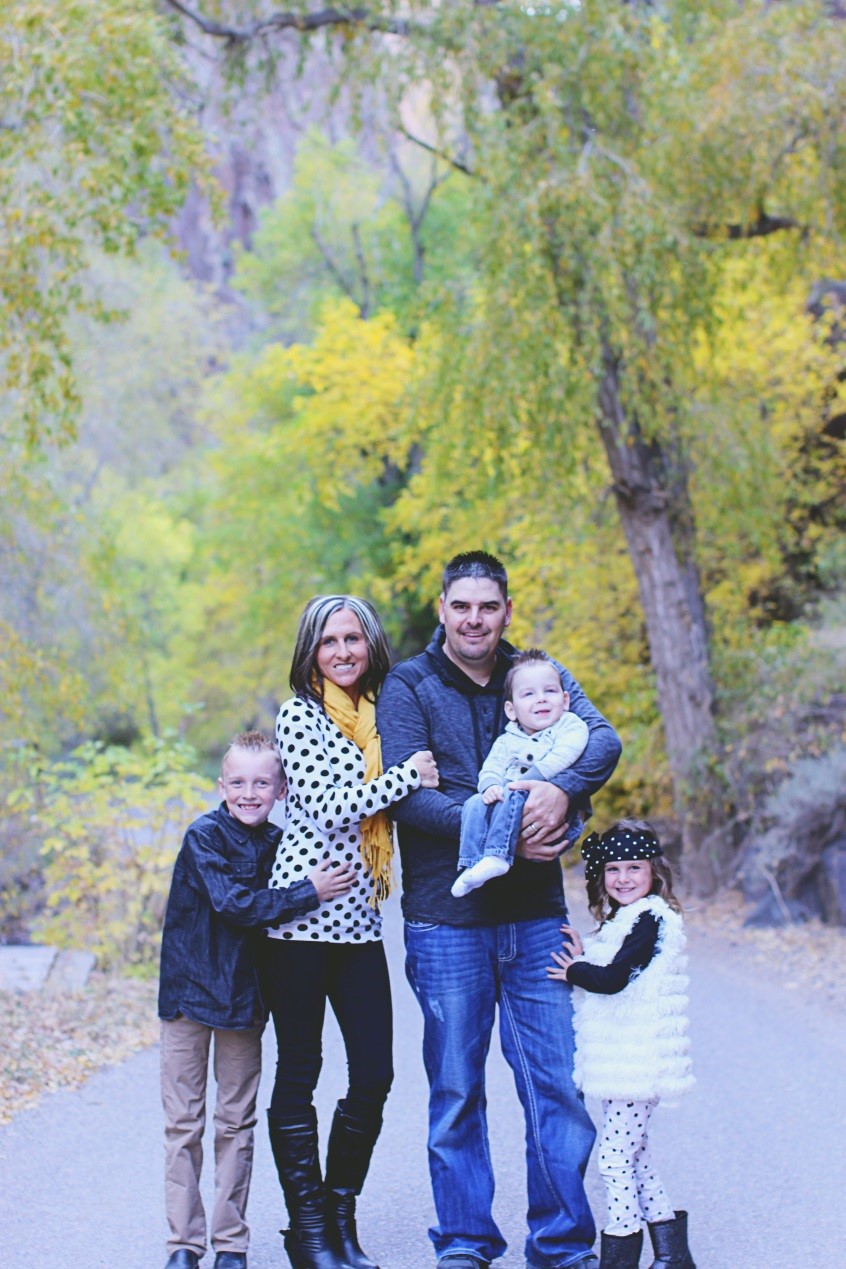 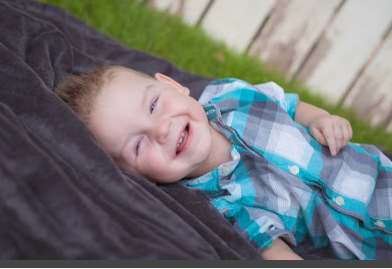 To read more about our family you can follow us here:  www.cadeandchelsea.blogspot.com

To read an interview and find out more about Bridger go here: http://www.thislittlemiggy.com/2014/10/special-needs-spotlight-bridger.html

To read more about our angel dad go here: http://ourfatherbrent.blogspot.com/