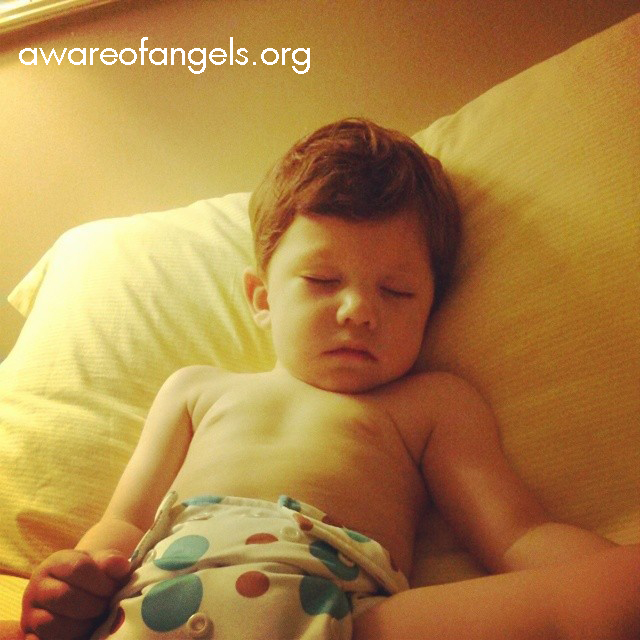 My name is Aaron, and my wife Talia and I have a young son with an undiagnosed genetic condition. His condition has been loosely given the name of  “cerebellar ataxia”, more of a generic diagnosis until something is actually found.

Elvis was born in October of 2012 on time with no complications. The first year of his life was as normal as any other child. He was full of energy and always giving so much love to those around him.

In December of 2013 we noticed Elvis had begun to show some symptoms and regressing from where he was. His sense of balance was very compromised and he would fall from every position he would be in. He had been able to “scale” along furniture when walking, but suddenly stopped doing this. Even when we would try to help him walk and hold him up, he would cry and lift his legs up or simply sit down. Another thing we noticed was when he would wake up from a nap, he would shake his head from side to side. He would also have a lot of shaking in his torso a lot of the time. Being very concerned, we asked his Pediatrician, who gave us a referral to Pediatric Neurologist in the area. 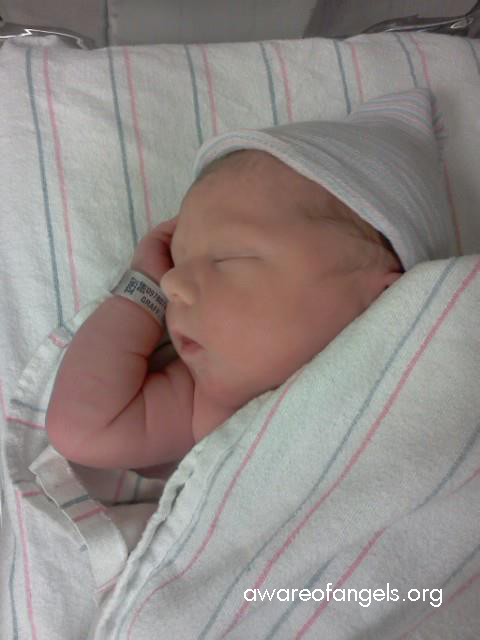 Having to wait for Medi-Cal to approve the referral and get an appointment made, we saw the Neurologist the first week of January. Upon his initial check of Elvis, he could see that something was not right. He recommended for Elvis to be admitted to the hospital to run a battery of tests. About a week later Elvis was admitted, and stayed for the next 8 days and 8 nights.
During the week before he was admitted, Elvis began showing another symptom, he would tilt his head far back and forth, and look through the tops and bottoms of his eyes when looking at things. Our little guy got a lot of pokes and prods and much more. Elvis had EEG (for the brain), EKG (for the heart), full MRI, CT of head and abdomen, 2 LPs (spinal tap), MIBG (nuclear isotope trace to look for cancer), ultrasound of heart, and multiple blood & urine samples. The team of doctors working on Elvis initially suspected Neuroblastoma. Many thoughts ran through our minds with each test, wondering is this the one to find out what’s wrong with him. But with each negative test result, a sense of discouragement became stronger, feeling like we wont find something or this was all for nothing. At this point all the doctors were beginning to scratch their heads and rethink the game plan. We were discharged and sent home unrelieved. And I say unrelieved not because I wish something was found, but rather it was still unknown what was causing his symptoms. His neurologist suggested we start looking at genetic testing to see if this was all because of his genetics. We were given a handful of tests that his doctor wanted us to have performed. We contacted the lab that would be doing the tests to inquire about the process and costs. The tests themselves and the transporting of blood were quite simple. But the price tag attached was no laughing matter. The quote for all the tests was a little of 39k. Fortunately for us, we qualified for a “lower income” discount and would only be responsible for a little under 10k. This was a hard pill to swallow. Not having or knowing where the money would come from, I was scared as a father. Feeling that I could not protect and care for my child. But with some prayers and good thought, we had our answers. 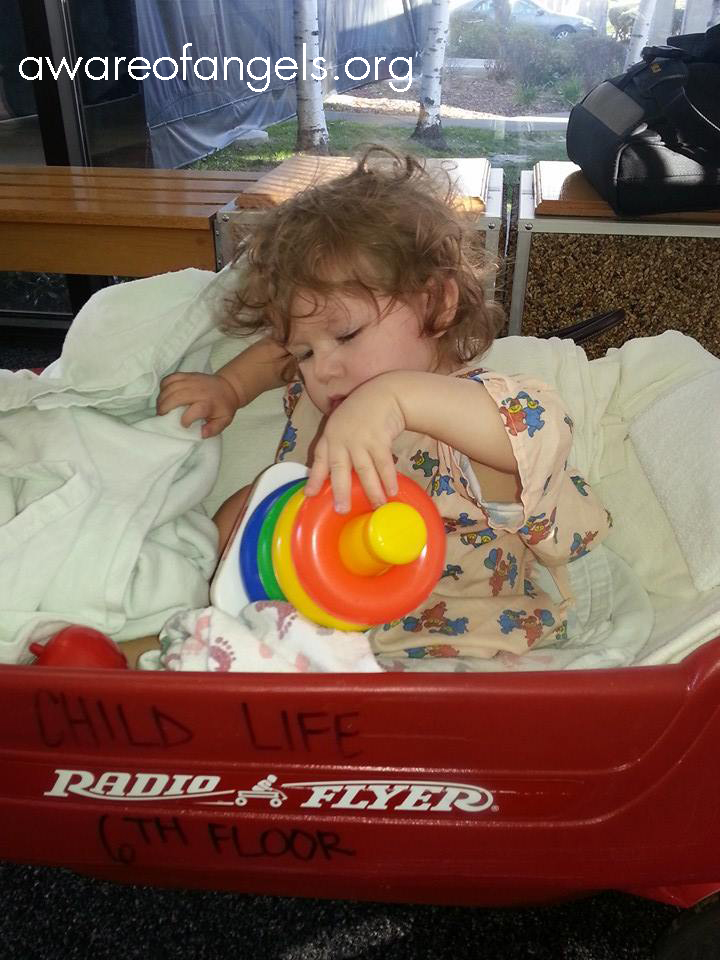 My father-in-law, Tom, created an online fundraiser to help us out. Within two weeks we had met out goal and had the money for his testing. We also recieved some generous contributions from The Citrus Heights Rotary Club, as well as the Mustache & Beard Social Club. We were able to get a couple of plugs with News10. And my parents who live overseas, through a huge bake sale and raised a lot of funds for us. It was an awesome feeling to literally see people helping out those in need, especially this day and age.

Mid/late March we also had an appointment to see an ophthalmologist to look into why he was tilting his head so severely when looking. His check up came back good, with no degeneration of the optic nerve and nothing looking suspicious. Another dead end. 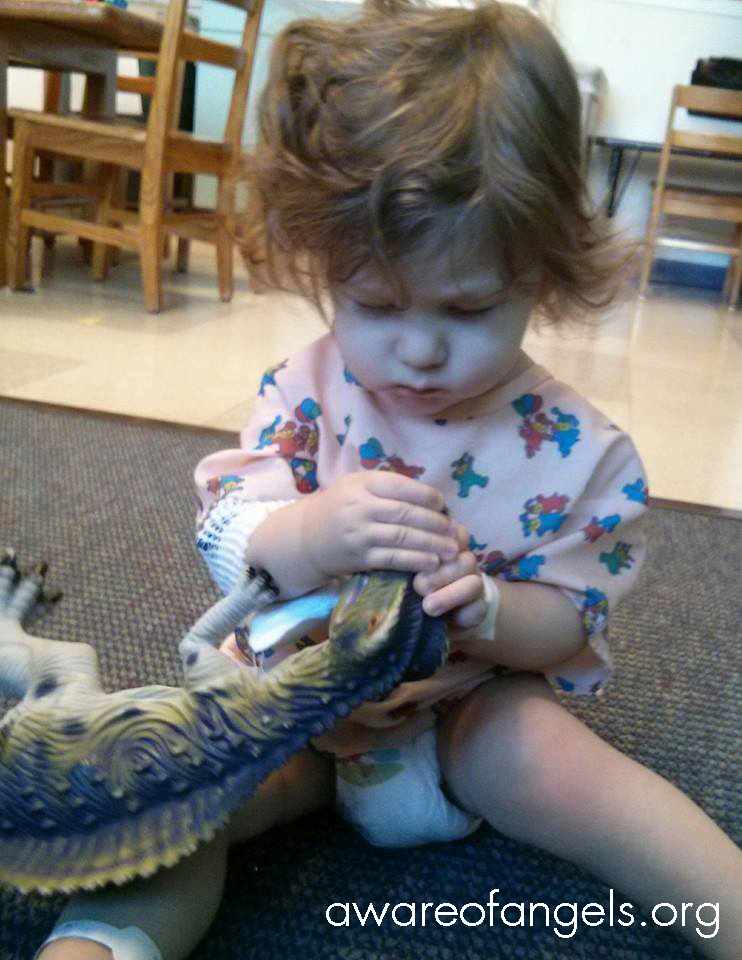 We started off the testing with a full Ataxia screen, checking for all SCAs. While waiting for the results of this test, that took 35 business day, we had a consultation with another Pediatric Neurologist at UCSF. He looked over Elvis’s dossier, he ran some blood samples to check for possible AT (ataxia telangiectasia). Those results had some concerning levels of alphafetal proteins and immunoglobulins. The results for the full Ataxia came back negative for any mutations. We then sent samples for the AT genetic test which also came back with no mutations.

During our last appointment with his local neurologist, he expressed his frustrations of not finding a source to what is ailing Elvis. He explained that there are so many disorders/diseases that share so many symptoms, and it can make it very hard sometimes to find a diagnosis. The doctor wants more genetic testing done, this time for dystonias and AOA 1 & 2. This is where we have just about ran out of funds from the fundraiser, and so these tests have been put on hold. We are already getting by each month with little to nothing leftover. Being on Medi-Cal is hard enough and they will not foot the bill for genetic testing. Just getting referrals approved is hard enough. But we won’t let that stop us.

Elvis is such a wonderful little boy. So full of energy and love, loves to give kisses and splash in the bath. He loves Yo Gabba Gabba and Daniel Tigers Neighborhood. He is still unable to walk and has better balance, but crawls around like a race car. I believe his speech has been delayed because of whatever is affecting him. He does a lot of pointing and grunting (sounds more like a dolphin I think) when he wants something. Often times I have prayed for God to give me what Elvis has, just so he can grow up with no issues or hardships. It’s tough to not be able to run around with him and play outside. But I do enjoy floor time, where we just crawl around and laugh. 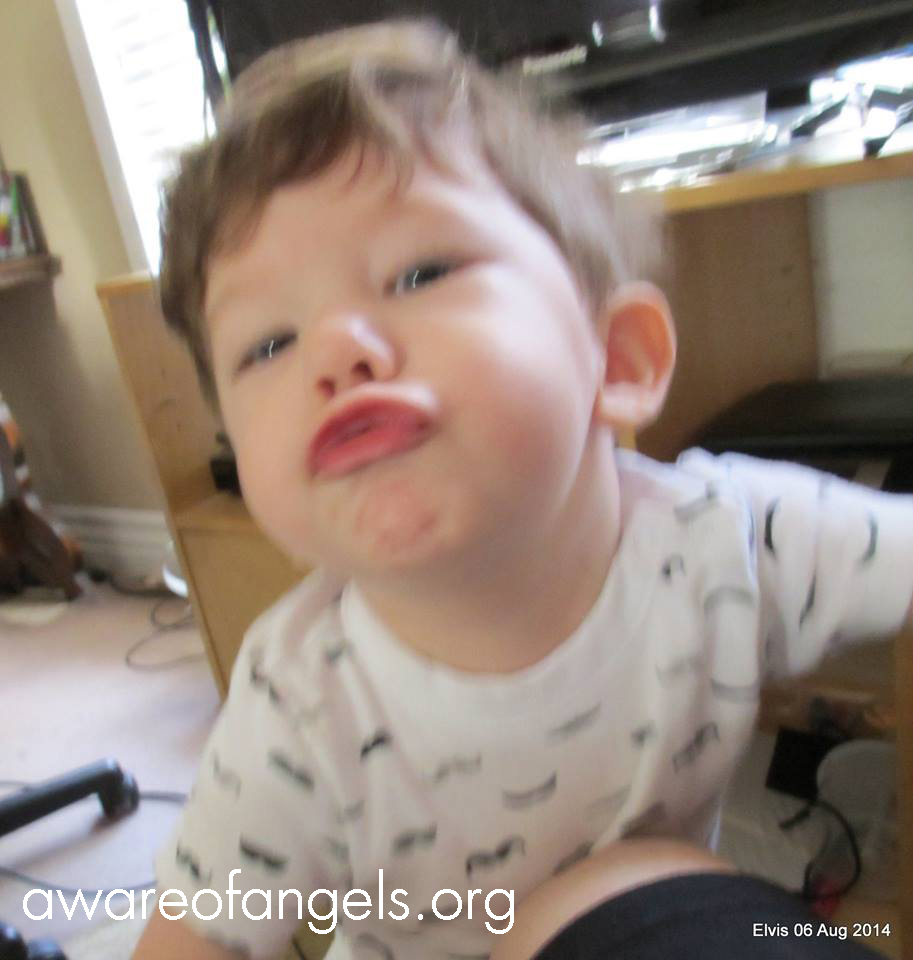