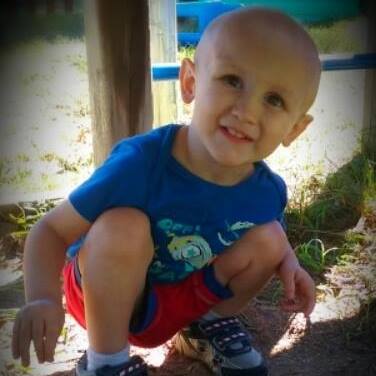 My son James is a happy 3-year-old boy in USA. The day he was born we saw that he had a spot on the back of his head. None of the doctors in his pediatrician’s office knew what it was but when he began to lose weight and fall behind in his milestones I knew something was going on. 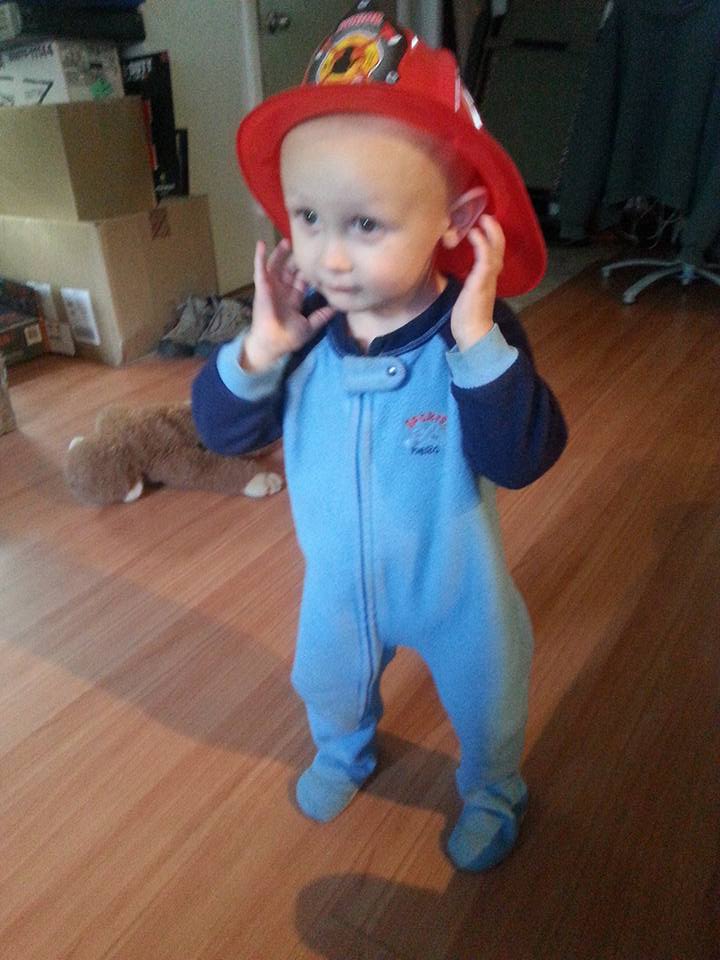 Two years later, James’ pediatrician referred us to a dermatologist, a neurosurgeon, a plastic surgeon, a cardiologist, and a geneticist. The dermatologist told me that the lesion on the back of my son’s head was an Aplasia Cutis Congenita and that is was a good idea to see the other specialists. Two weeks later, James had chromosome bloodwork done, an MRI/MRV and a complete cardio work up done. The geneticist looked over the blood work, which was all normal, as well as did a physical exam. Based on all the information he had, he made a diagnosis of Adams-Oliver Syndrome. This is a rare genetic syndrome that causes problems with limbs, the brain, the heart, development, eyes, and ears. James had hearing loss, has development issues, balance issues, spots on his brain and the aplasia.

Adams-Oliver Syndrome has only about 130 documented cases since 1945 and the information on the internet was generic information or so complicated to read that I didn’t understand it. I tried searching for support groups and had no luck. James needs to have yearly MRI’s done to watch the spots, he needs yearly heart work ups, and he needed two separate surgeries to remove the Aplasia and to insert tubes into his ears. He gets weekly speech therapy and physical therapy. Over the last year since his diagnosis James has seen 15 specialists and currently needs to see three more in Boston Medical Center. Seeing my little boy struggle to communicate and get so upset with himself when he can’t figure it out. My son will struggle his whole life which breaks my heart.

James is a typical boy who loves to run around outside and get into trouble. He loves hunting for worms, pretending to hunt monsters. He enjoys watching Ninja Turtles, Paw Patrol, and Dinotrux and acts them out when he plays. He is strong-willed and loves to learn. He is incredibly good at matching colors and pictures to each other. I wish I knew how to help him more and ways to bring awareness to his syndrome so maybe when he has children there will be medicine or better tests or even a cure for Adams-Oliver Syndrome.

My name is Theresa Garvey. my contact information is tgarvey89@gmail.com