In Loving Memory
Lily- Age: 14 months
Undiagnosed Neurological Disorder
USA
*Update* October 3, 2015 Lily’s family received the results of her Whole Exome Sequencing and this is what they found.
Her ‘informal’ diagnosis is Mitochondrial DNA Depletion Syndrome 7 (hepatocerebral type).
The depletion syndrome was caused by a mutation in the nuclear gene C10orf2, which codes for the Twinkle protein, which is involved in mitochondrial DNA replication. The actual result was inconclusive because the *exact* gene mutations she has have not been reported in any medical literature but the symptoms of the mitochondrial syndrome match Lily very closely.
*It is with great sadness that we share that this sweet baby girl has returned to heaven. We want to send our love, support and prayers to her family at this time. Thank you for sharing Lily and your story with us.* June 2015
Symptoms:
Failure to Thrive, G-tube dependent, developmental delays, auditory neuropathy spectrum disorder, vision loss, liver dysfunction, myoclonic seizures leading to myoclonic status epilepticus, movement disorder, undiagnosed genetic disorder causing neurological dysfunction.
Our 2nd child-Lily-was born in February 2014.  She was a beautiful, perfect newborn with a clean bill of health. We powered through the normal newborn worries about weight gain, diaper output, and getting enough sleep.  Aside from spending a few days at Primary Children’s Medical Center with RSV, Lily was healthy, happy, and progressing normally. 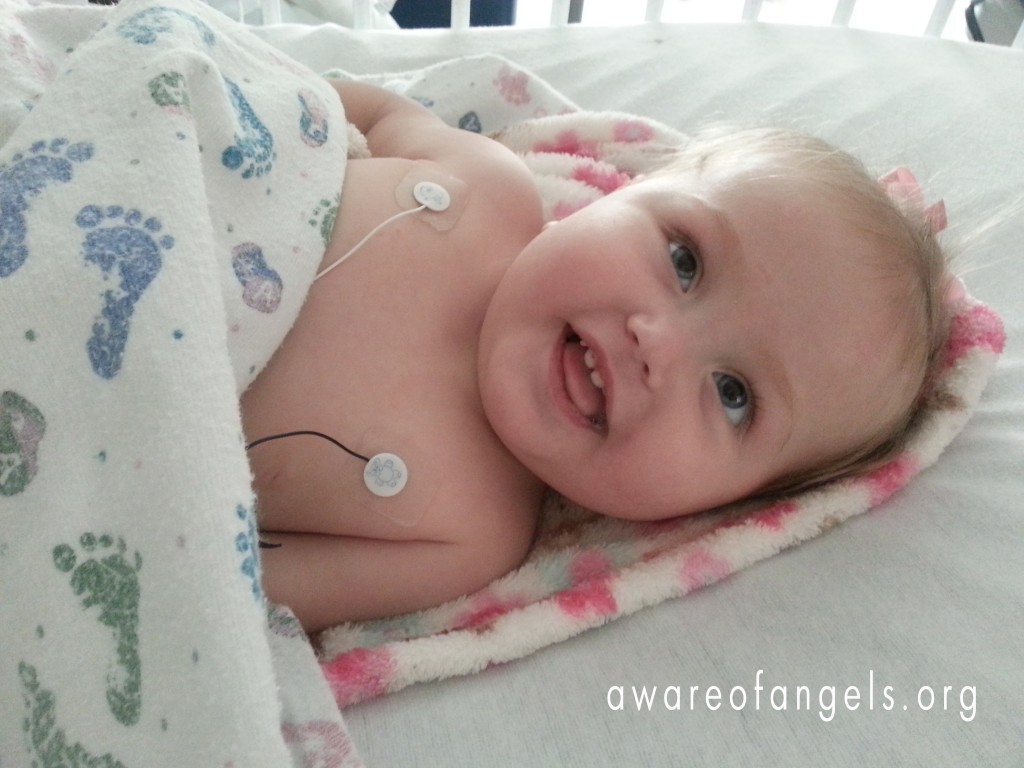 When Lily was 6 months old, we were concerned that she wasn’t able to sit up unassisted. Her pediatrician wasn’t too concerned and told us she wasn’t delayed just yet.  At 7 months, she got an ear infection and had a hard time bouncing back from it. She began having trouble nursing and we began seeing many different doctors, trying to figure out what was causing that along with her slight delays in physical development. At 8 months, her food intake was so low that we had an NG feeding tube placed.  Perhaps she had been without enough calories long enough that it was making it impossible for her to meet milestones. We were reassured when she gained weight steadily over the next month.  Around that same time, however, we began noticing other disturbing things–her head and neck were getting less stable, her eyelids became very droopy (a condition called ptosis), we noticed involuntary eye movements (called nystagmus), and we realized that she no longer responded to hearing voices or sounds. 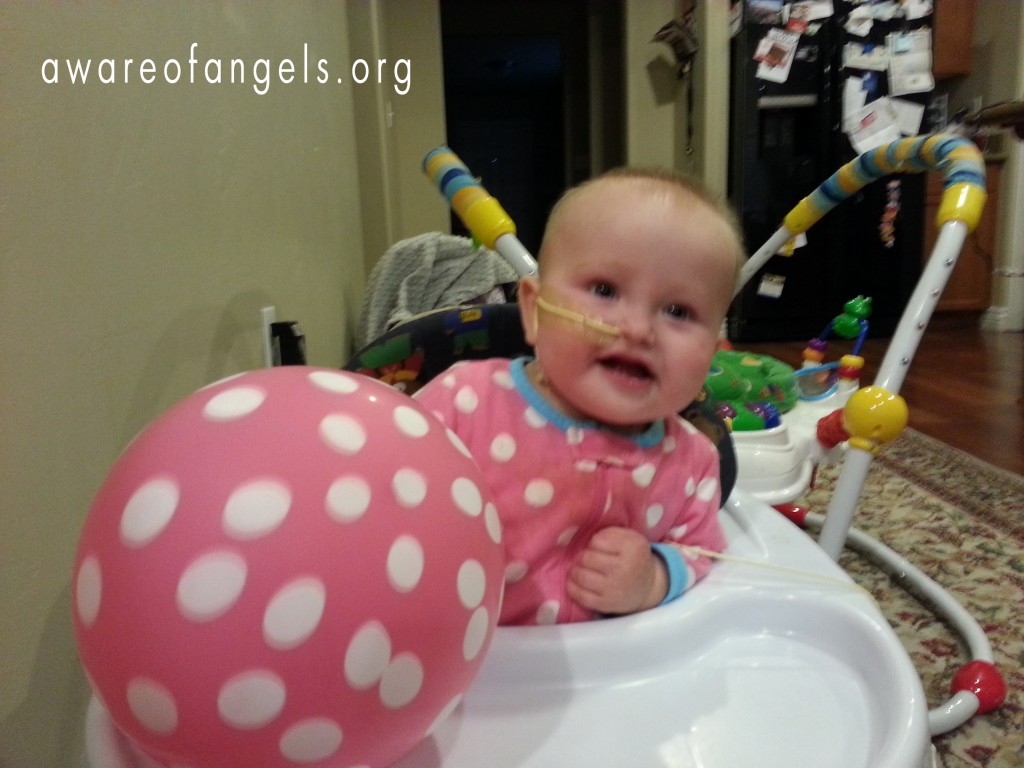 We first saw a neurologist when Lily was 9 months old. She wondered about a brain stem disorder and we did an MRI. The results were normal. We saw an eye doctor and an early intervention specialist who both said that her involuntary eye movements could be indicative of seizures. An EEG done at that time did not show any seizure activity. We had her hearing screened and it was clear that she had a hearing disorder–the screening tests showed normal ear structure and function but in a sound booth she did not respond to any sounds.  About that same time she got a stomach virus and went downhill fast. Even after ‘getting over’  the virus, she would vomit up feeds on a daily basis. She was in the ER once a week for something different and we even had to make a 911 call once. We knew that something was terribly wrong with our baby girl. We felt like we were watching her slowly die right before our eyes. We had appointments with different therapists and specialists almost every day of the week, hoping someone would have some answers. 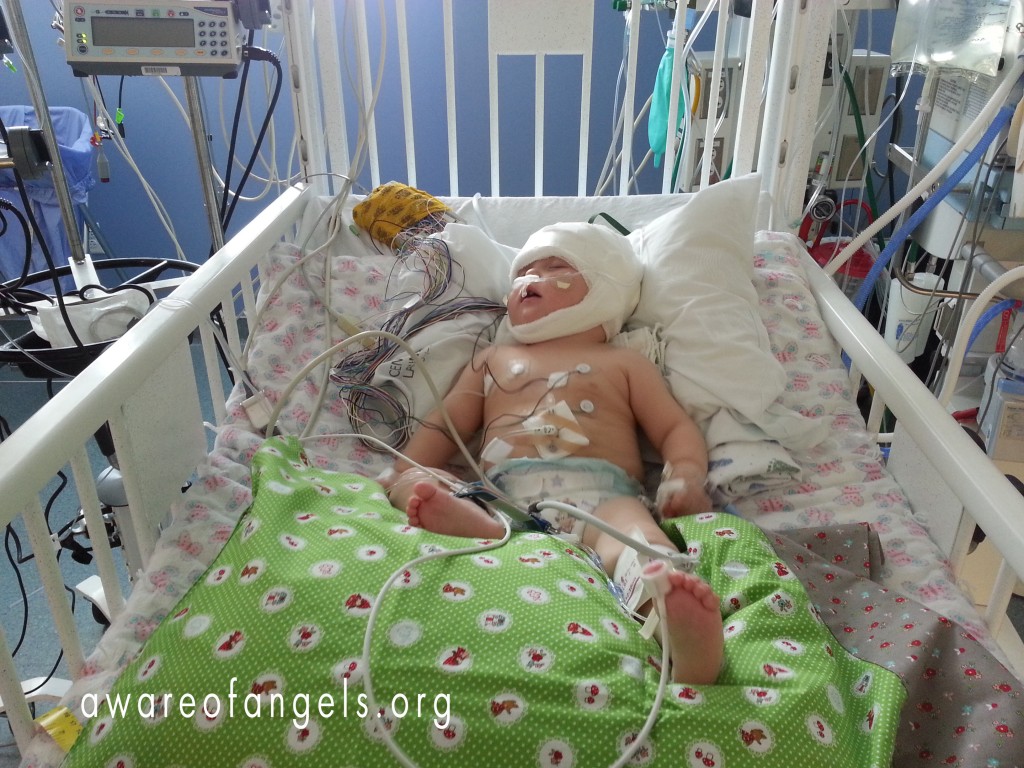 Lily first started having seizures a few weeks into the New Year (2015), and we will never forget that day. It was a Tuesday evening and I was putting our 3 year old to bed when my husband brought Lily into the room to show me that her right arm was jerking uncontrollably. I took her to the ER where she had a seizure. They administered meds and were about to send us home when her arm started jerking again. She was admitted to Primary Children’s Medical Center and throughout the night her condition worsened into what was called “Status Epilepticus”, meaning she was having one long, constant seizure. I held her throughout the night, and cried over her. I had never experienced anything more terrifying than watching her little body convulse and realizing that even the doctors themselves did not know how to help her. Doctors would come in, observe her, and leave again to consult some other doctor. Finally, they started a cocktail of seizure medications and we were told that she probably had a genetic disorder that would most likely be fatal. Several labs tests were ordered, along with another MRI and a lumbar puncture to analyze her Cerebrospinal fluid.  We met with a geneticist who reviewed our family history–but there isn’t anything there to indicate an inherited familial disorder. 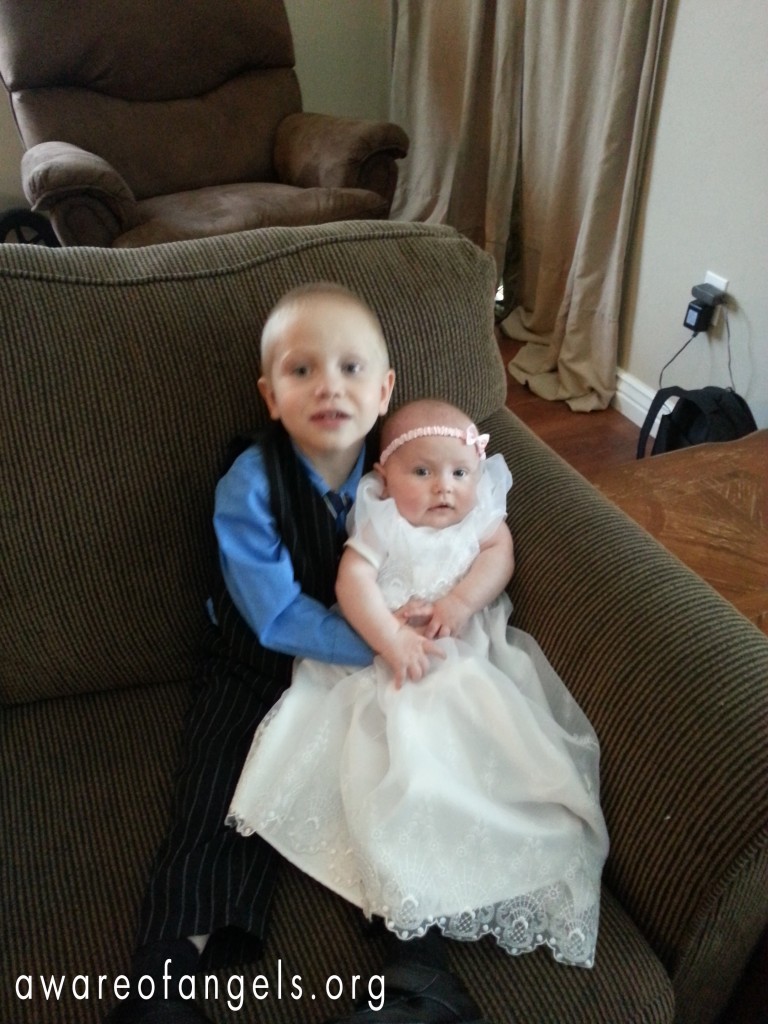 Lily spent 4 weeks in the hospital following that initial seizure. During that time she had surgery to place a G-tube into her stomach and do a muscle biopsy. A swallow study confirmed that she would be unable to eat by mouth due to aspiration. She also had an ABI for her hearing loss and she was diagnosed with an Auditory Neuropathy Spectrum Disorder. This is a poorly understood disorder but the current research suggests that she can hear but everything sounds like senseless static so she just tunes it out. We know that her vision is not 100% but she does see enough to recognize toys and people.
She has since had 2 more hospitalizations for Status Epilepticus.  These episodes have left her in a newborn-like state. She cannot even hold her head up on her own. She cannot do any of the things that a 14 month old child should be doing. During her most recent hospital stay the neurologist suggested that Lily probably has a movement disorder along with the epilepsy disorder. Her involuntary arm movements make it hard for her to sleep and near impossible for her to grab at and play with toys. But what amazes us everyday is that she can smile. She can laugh. She still loves to be tickled and to watch us blowing bubbles and to admire herself in the mirror. She knows her mom and dad and her big brother and she loves to be with us! Despite the daily struggles of caring for a medically complex child, we are learning to treasure each day that we get to spend with our children. 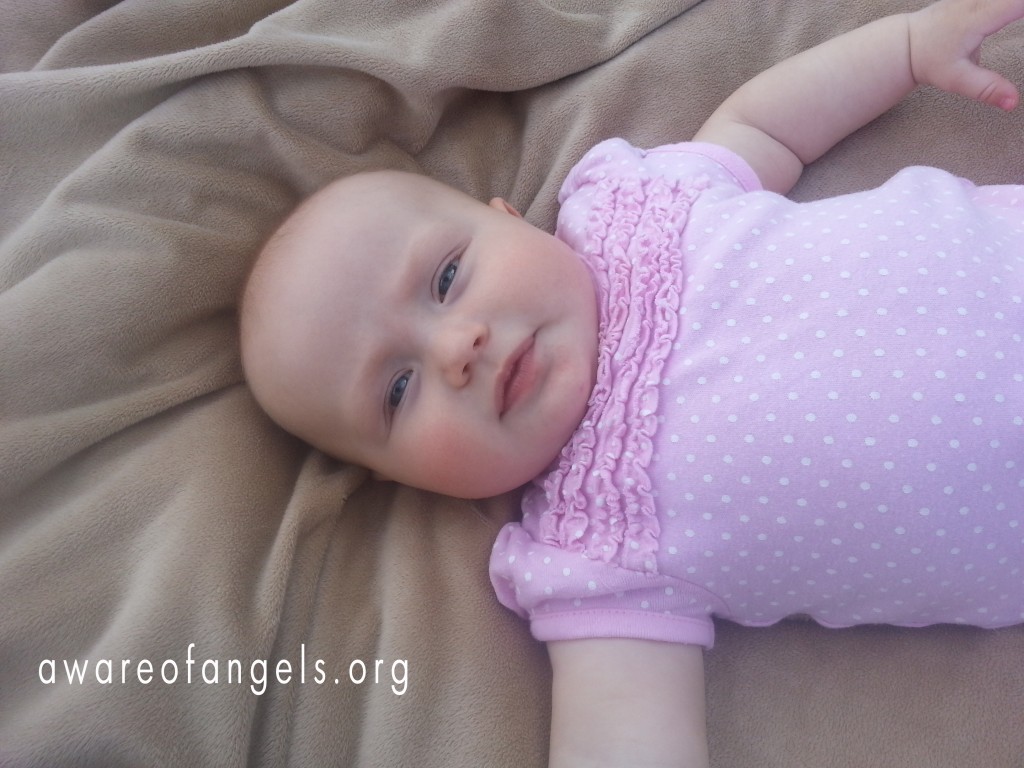 The biggest goal right now is finding a diagnosis for Lily so that we can find the most effective treatment. We have been told that she needs Whole Exome Sequencing, a genetic Epilepsy panel, and Mitochondrial testing but these tests are not covered by insurance (they are deemed ‘convenience tests’) and will be thousands of dollars out of pocket. We have also been referred to see some out-of-state specialists who treat  rare epilepsy disorders. We are currently trying to work out the logistics and the expenses for these consultations.  The biggest daily struggle we face is figuring out how to give both of our children the attention and resources they need and deserve. Lily needs almost 24-7 care and deserves to receive top-notch medical care. But her brother, Austin, also has needs. He deserves to have a normal, carefree childhood . He deserves quality time with mom and dad. He deserves the opportunity to play in the park and take sports lessons and have quality educational experiences. When we consider our time and money, there are days when we feel like we just can’t take care of both of them. 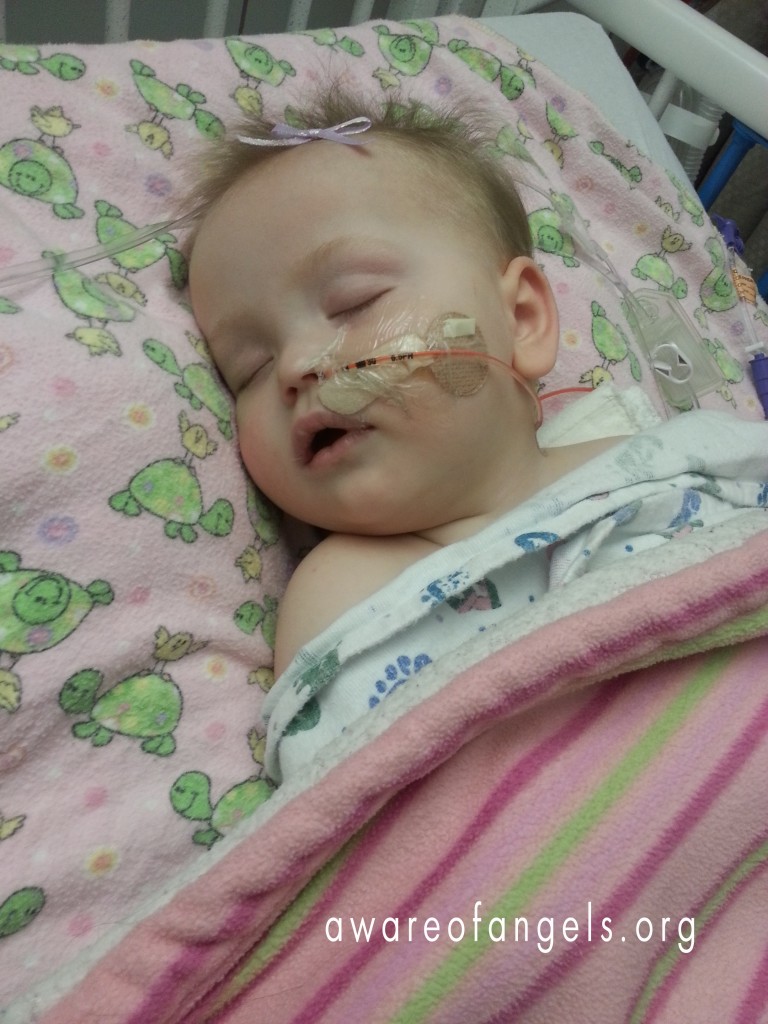 We may never find the answers that we seek for our daughter, but we are committed to trying. We have also made a personal goal  to take our daughter out in public as much as possible and not isolate her. We want out neighbors and community members to feel comfortable around people with disabilities and not fear them or feel awkward around them. We are confident that they will come to love these special angels as much as we do.
Personal email: brasilgarota@yahoo.com
Talan-IGg4 Systemic Sclerosing Disease