Marc has anoxic injury (from sudden cardiac death because of his WPW syndrome)…. 2 years ago because he was not diagnosed with his WPW (Wolff-Parkinson-White Syndrome) before it happened….

Our son Marc had cardiac arrest January 9, 2016 (WPW asymptomatic cause) … Before his accident, he developed normally without any problems. A simple cardiogram could show his WPW But he made 2% of the population “asymptomatic”, but one could not even suspect that he had heart problems … why? But why ? We do not do cardiograms for all children at birth in France? It costs almost nothing for insurance, it’s simple and it can save lives!

He still has WPW ( after 3 ablations in France)…. 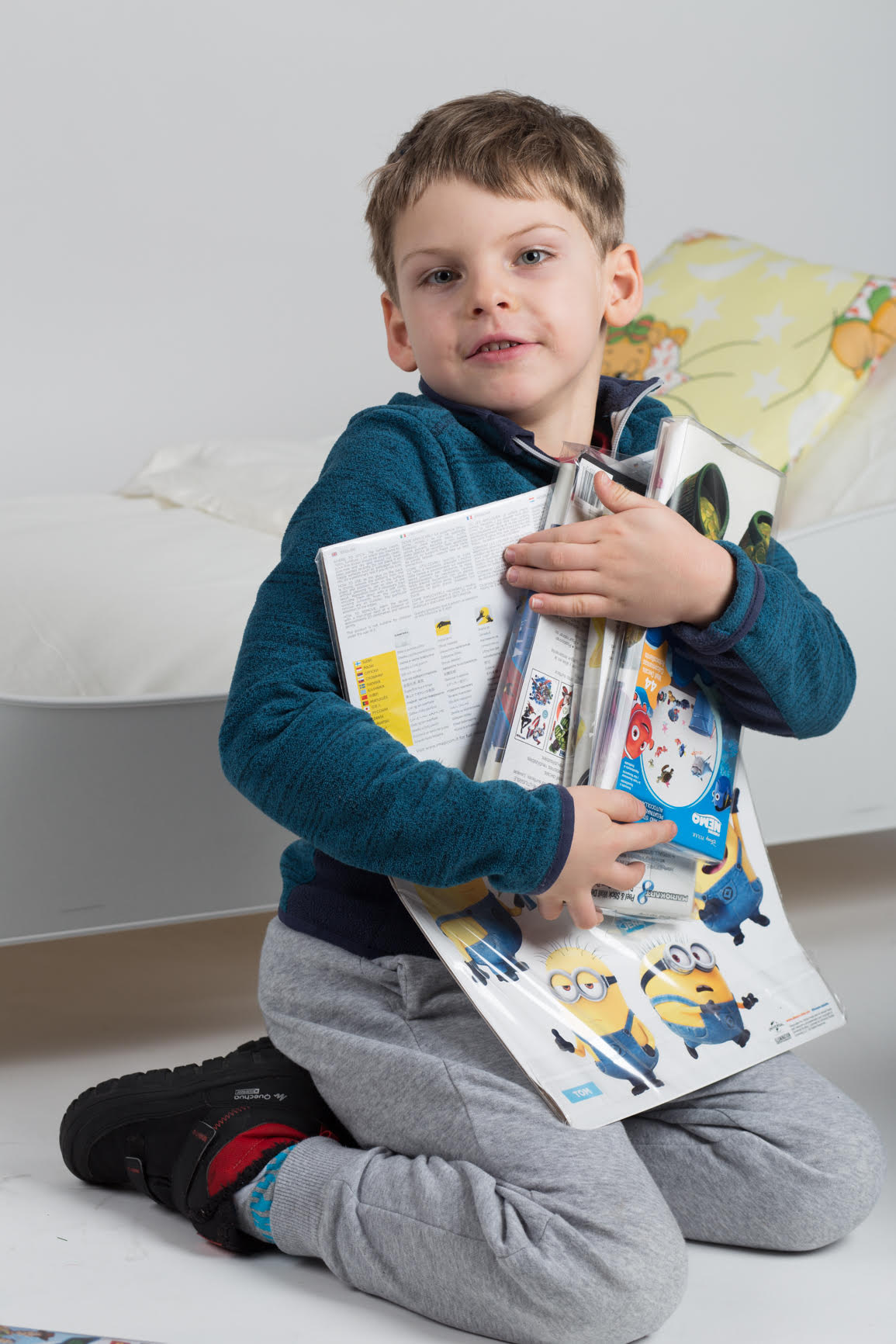 For all our experience:

After 4 months hospitalization and standard rehheducations in hospital … (and liberal orthoptist and Psycomotricen secretly … well yes it is supposed that he had enough in hospital care BUT : it is a shame he does not have any consultation of Ophthalmologist in hospital in grenoble After his accident and even knowing that after waking up from his coma he didn’t saw during  3 days …. they didn’t do any vision tests!!!!! he didn’t speak during 2 weeks …. no speech therapist available in French hospital during 1 month ….either….)

I did a mistake as well: I agreed to botox (I didn’t know much back in February 2016 so I agreed to Dr experience…. what a fool I was….) ….so 1 time Botox experience horrible … painful without visible results on

2 months! After …. all that ….. you must understand why I took my son’s reheducations in “my hands” … it’s not me who did reheducations  But it’s me who Decide which doctor we will consult and what therapy we will apply ….. (I also have some bad surprises of cause… it’s took all my nights to read : studies and find groups on interesting me questions : Hbot and stem cells…. find all other alternatives Médecine)…. 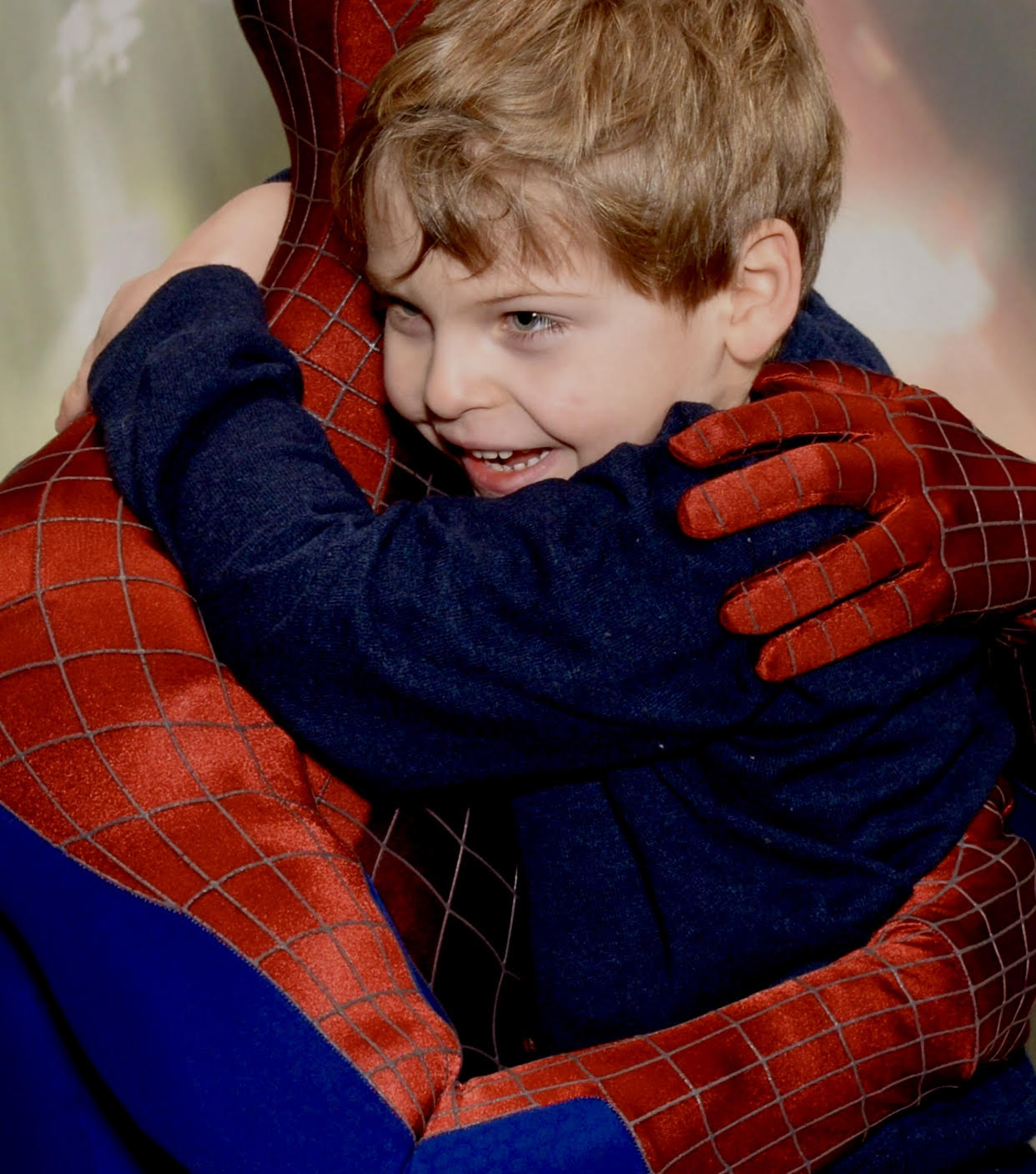 Not satisfied not even a word strong enough to describe feeling that i have for our experience with French hospital care….

Budget for hospital : 0 € (except presents to dr’s

So what alternatives we done after:

1) For reheducation we started with intensive rehabilitation private center in Spain….2 weeks at the end of May 2016 in Essantis – nothing good for him (framework i did not like and especially rejection of my part to make the screaming children work …) so big NO

for me it’s a scam this center …. Essantis budget 4500 € for 2 weeks 1900 € therapies the rest is housing + displacement… so I am not agree with intensive therapies at all….

2) At the end of June I was overwhelmed I recognize …. reheducations day in hospital was a torture for Marc ….. he was crying with reheducation  dr in hospital … (but not with liberale reheducation Dr that he saw in parallel …she was  no problem …. strange no?) 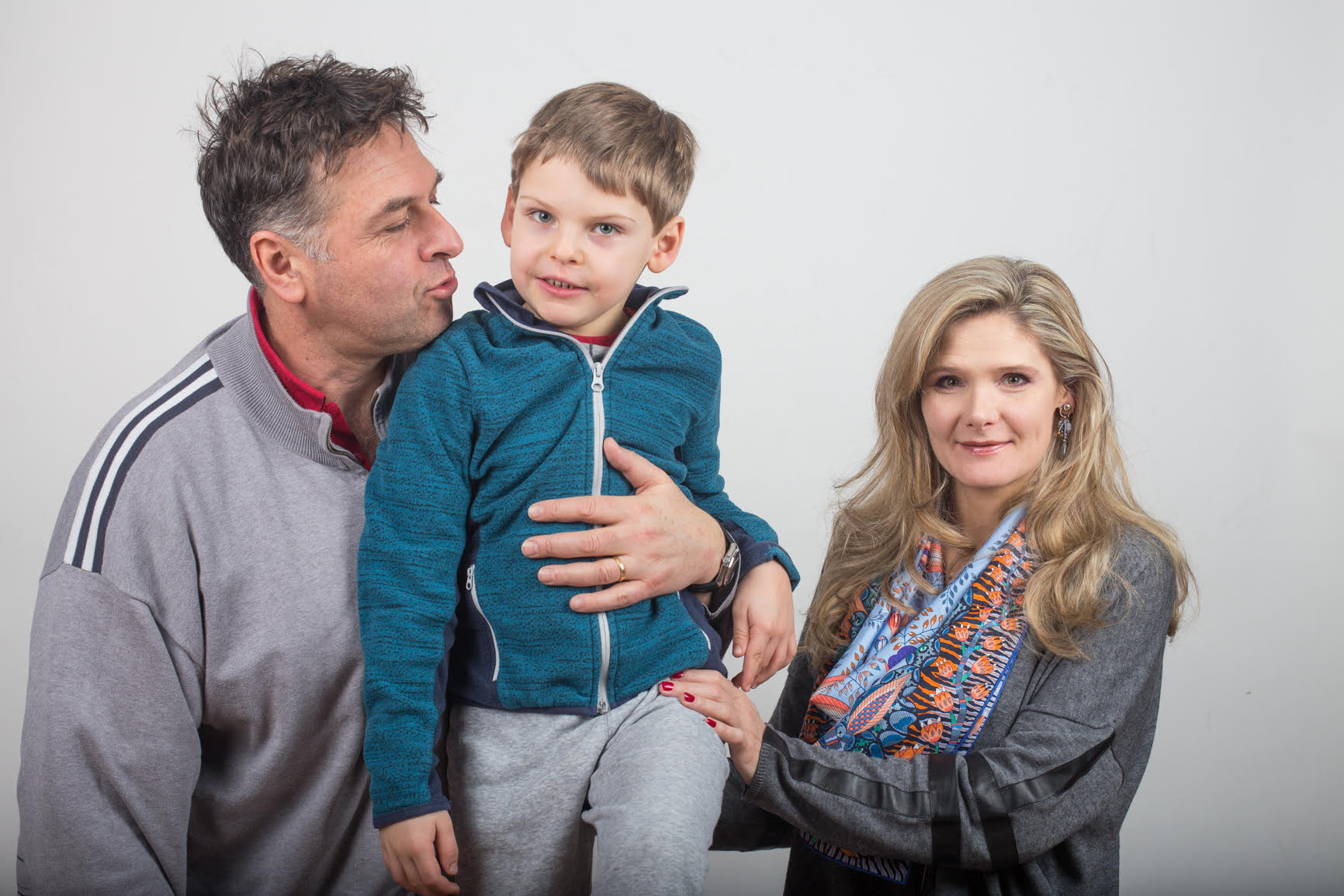 Don at the end of June I went to Israel it was very sudden decision …. very quick…I found Hyperbaric only some days before  my departure to Israel and by chance my sister (live in Israel) and her husband who is Medicine in Israel already discussed the case of Mark with Dr. Efrati in Israel …. (So he agreed to help him …..dr Efrati is one of the most recognized Hyperbaric Medicine in the world … with scientific studies published and recognized ….) when I talked about him and hyperbaric our Dr in hospital in Grenoble …. she told me: “you are going in addition to the neurological problems of your son damage your son’s ears and his eyes” …. so with “advice like this I left …. French medical care to Israel ….. honestly I thank god for my stubbornness and for this decision !!!!!!!

So for Marc we did hyperbaric care, HBOT in Israel: we went to Israel June 26 …. started Hbot July 17, 2016: ( before we did all tests/ x rays of lungs and yoyos operation for his ears)

Plus you have to get housing / car for 3 months ….

Marc was recognized as 80% disabled by in June 2016 after his cardiac arrest accident on January 9th of year 2016 because of the WPW (Wolf Parkinson Wight Syndrome…..

Now and already after hyperbaric chamber it does not have this percentage for sure may be 20%????

Marc became much more resistant after HBOT in Israel and less tired he could make 600-700 meters of continuous walking even if starting from France, he could not “walk” (if we can apply it to walk …. ) that for 50 meters, held by the hand, and after a daily rehabilitation of 4-5 hours / day for 4 months.

It has practically stopped using the stroller (special for disabled) …. After Hbot …. It may be necessary for long trips: at the airport to travel or for very long walks … because he can not walk for miles …. he can run (not stably, of course, but run), he can climb a staircase to ride a toboggan (with handles) and he rides a bike with 3 wheels. 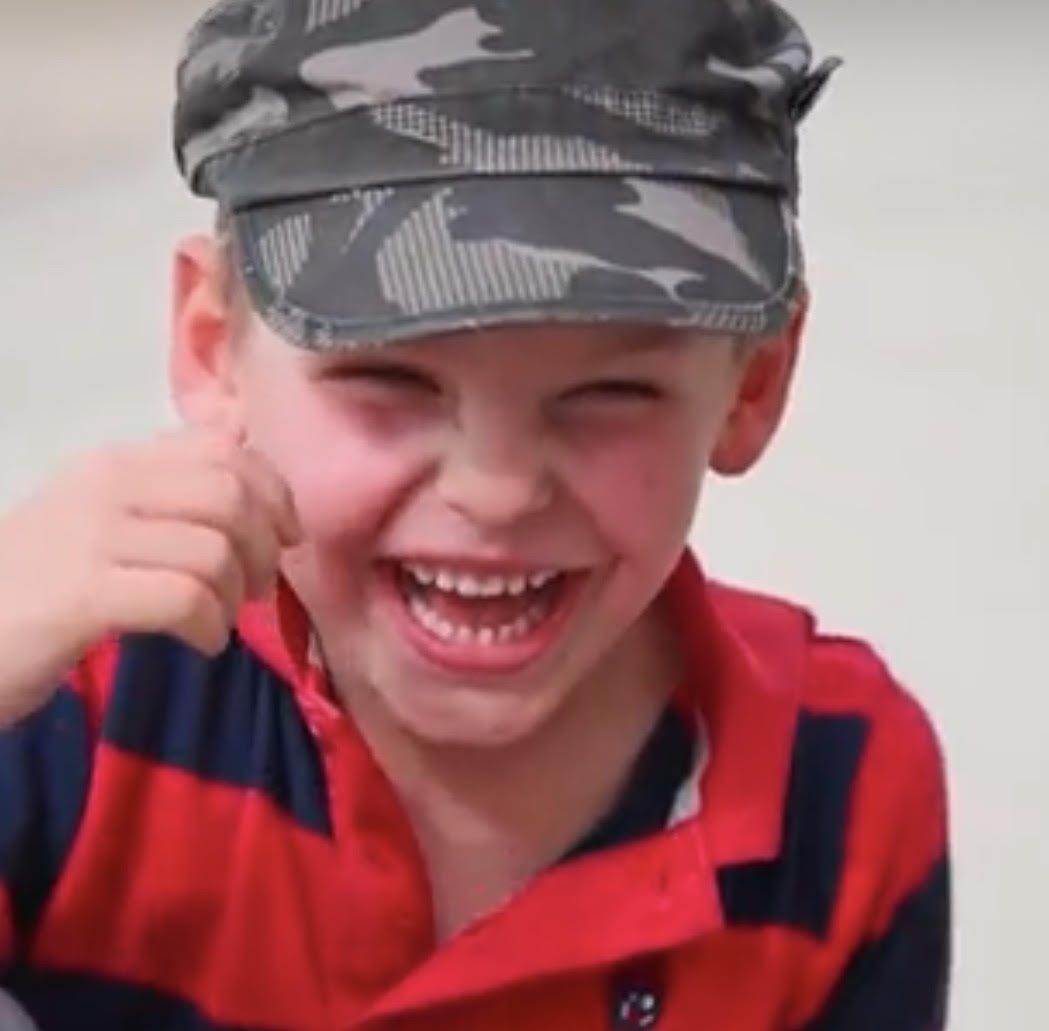 And his mood has changed too:

He no longer has a problem with “nervous attacks” as before. We do not need a psychologist anymore; in my opinion, I’m sure it was linked with some areas of the brain affected …

Marc is again very wise as before. He is very committed. He understands everything. He made very great progress of speech and this without orthophonist to Israel for the first time, he was able to talk to me on the phone down ….. He makes jokes, eats better and has a big appetite, he has gained weight. All this in 3 months of HBOT!

My whole family is aware of the progress. (In Marc’s case, the oxygen deprivation lasted 5 minutes while his heart was stopped ….)

3) we did waves of chock in Germany

Here clinique Bad Krozingen: ( on their site you have studies published)

For example, when he walks his left feet he does not turn at all in equine …. but equine is still present when he sits and is elsewhere …

He wrote his name first time all alone in Almagne and he was not helped at all …. (before he can not do the straight line …) and After Almagne I find his approach a bit better .. more stable less swaying … and he puts his feet closer …. (less equartee) … But results were much less obvious than after Hbot ….

I found this center like in Orlando  ( but cheaper 😉

And 2 weeks from August 20 to September 2 2017  … (results I think Marc has become more “stable” in His approach …. But it’s not miraculous .. Just good method reheducation to me it’s better than intensive recheducations …I already did reservation for this summer so yes it’s one of my favorite programs after Hbot 😉

Budget 5000 € (good tests / and MRI / but I am not convinced  with supliments he prescribed to Marc ….after 6 months I didn’t saw much results for his secondary Dystonie (Atremorine was the reason I consulted it’s the natural dopamine from plant this Dr made…but I don’t think it works for Marc ) For Dystonia I see nothing honestly After 6 months …) …..I stoped his suppléments from end October…(I still do just omega3 and vitamin c and magnesium…. but theses supliments I did by myself without Dr consultation…)

4em ablation? I do not know …. yes I’m afraid But also I hope we will find how my son’s WPW problem will be removed ??? He is very rare case of WPW ( not much people in the world has 4 ablations of WPW……;(

So it’s the main thing I have for next year : to find out if his WPW still dangerous after 3d ablation? What can be done ?

And yes I found very famous

dr Carlo Papponne in Italy with a lot scientific publications : so next step to see what he will think about his WPW….

Almagne / Gyrostim / Spain very small changes compared to what I saw With Hbot ….

So yes we still think again Hbot soon 30h more …in Israel again…. not possible to do it in France ( not recognized and just not possible ….)

Of cause we have standard reheducations in France every week (kine / Ortophonist / ergo / Psycomotricen) …. except holidays July and August …. but in case of ours son it is Hbot which made the change … I know I saw With my eyes

That’s all for our experience …

Marc continues to progress and we thank God / our good star and our parents and family for any help  …..

His 4th operation of Wpw ( in Italy) 14 March was successful!

Marc is finally cured of his cardiac syndrome that caused his cardiac arrest 2 years ago
After two operations in Grenoble and one in Paris last October we spoke to the greatest professor of the specialty in Milan, Dr. Carlo Pappone who operated 14march 2018!
This fourth operation is good and Marc is finally rid of this threat, side effects related to the anti arrhythmia drug and fatigue related to the cardiac syndrome.
He is healed for life!
He is cured for life from his heat syndrome!!!!!
We are very happy