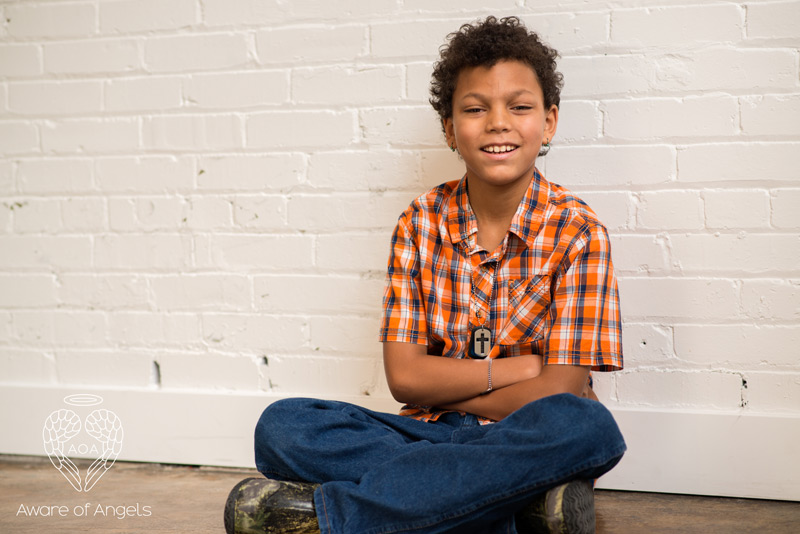 My name is Michael  and I am 13 years old. (Diagnosis still not fully determined)   I live in the United States of America.   I’ve been fighting to survive and thrive before AND since I was born. 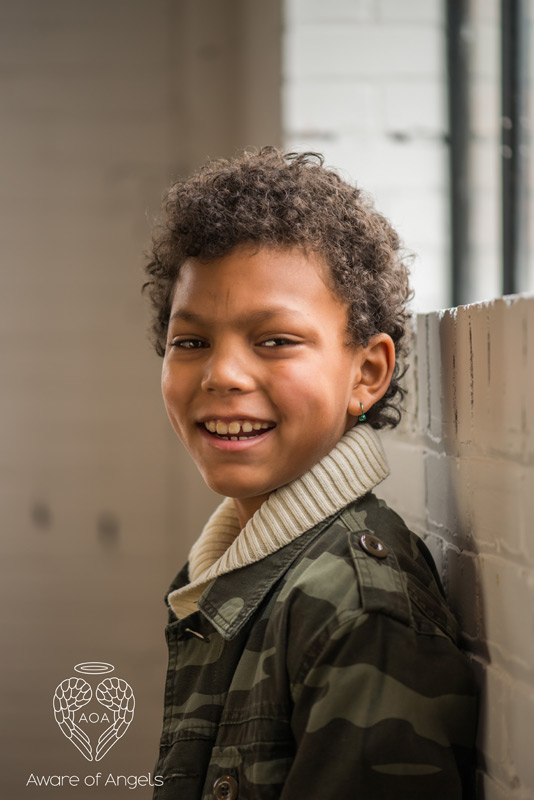 My mom struggled a bit through her pregnancy with me but was able to keep me to term with intervention.  I was diagnosed via fetal ultrasound with a Subarachnoid Cyst as the very first indication of possible problems.   My first inpatient stay was when I was two weeks old and from then on until I was around 6 months. I was put in the hospital every month for at least a week, mostly for dehydration due to not being able to keep my formulas down. I suffered from extreme vomiting, inability to gain weight, too many seizures a day to even count, failure to meet ANY of my milestones and a host of other smaller issues that my mom hadn’t even connected at that time.
At 6 months old I was admitted to a children’s hospital in Florida and I basically lived there until I was around a year old.  While there I was given a Gastric Emptying Scan, an Endoscopy, Colonoscopy, PH Probe test, EKGs and EEGs and some basic Genetic testing.  I was diagnosed with Gastroparesis, Renal Tubular Acidosis, Failure to Thrive, Epilepsy (seizures every 15-20 seconds both internally and externally), Metopic Craniosynostosis and Cerebral Palsy while I was inpatient at that hospital. 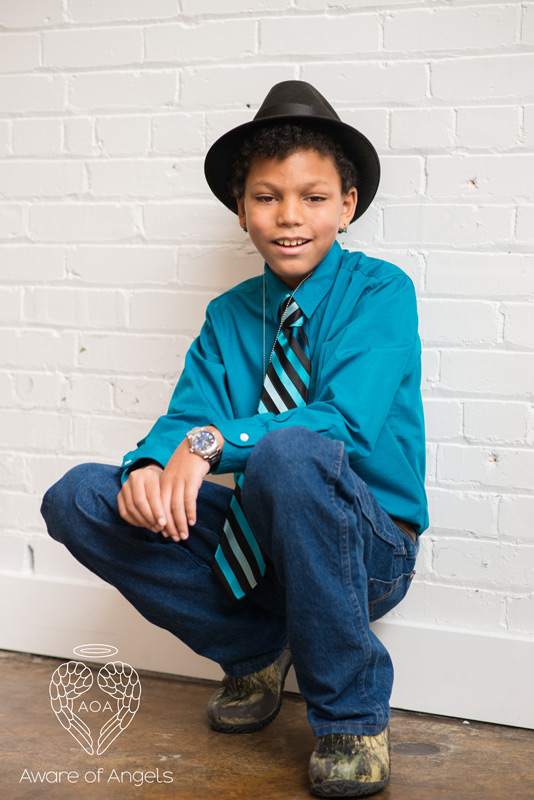 I had a stomach surgery to try to help me thrive and gain weight and they placed a feeding tube at the time.  They also put me on several medicines to get all the other conditions under control.  During this period one of my doctors also told my mom that we “still hadn’t found the big umbrella that all these little conditions were falling under” and that he was almost 99% positive that I was a “syndrome baby” meaning I had a genetic syndrome. 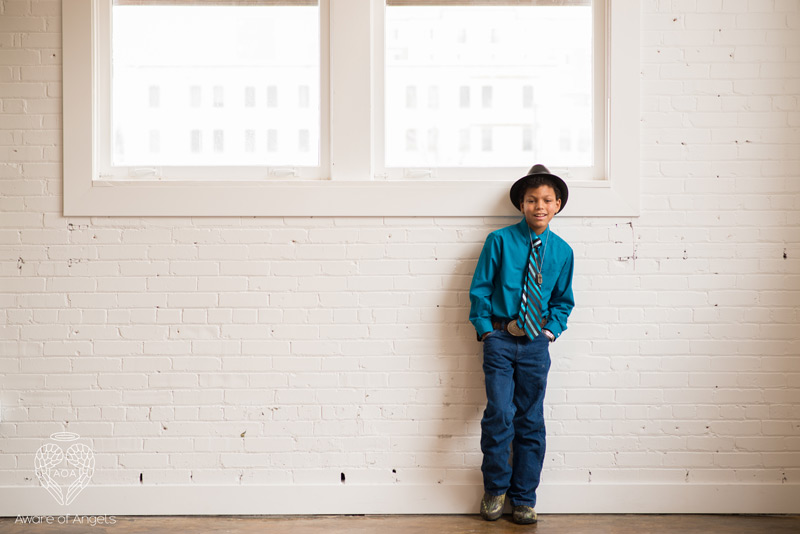 After my surgeries and all my new medicines and feeding tube/formula I stabilized quite a bit.  I have been followed by specialists ever since.  I still fight with Failure to Thrive and if I try to go off the feeding tube formula I start losing weight or just not gaining weight.  I’m not reliably verbal.  I’m autistic.   I also battle with a low blood pressure, low heart rate and low body temperature as well as the inability to sweat properly, a condition called Autonomic Nervous System Dysfunction. 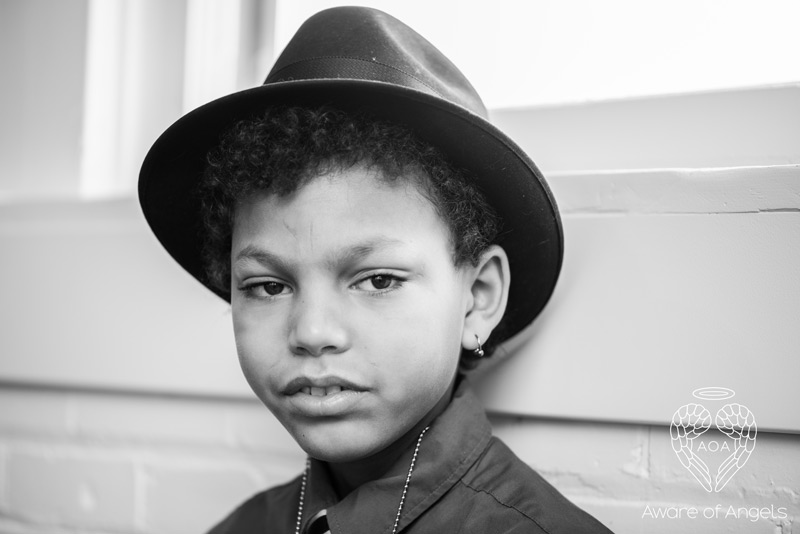 My Gastroparesis has evolved into more of a full Digestive Tract Paralysis with involvement of the stomach, small intestine and large intestine (Gastroparesis, Chronic Intestinal Pseudo-Obstruction and Colonic Inertia) for which I have an Appendicostomy to enable me to continue eliminating waste.  I still have seizures though they have changed type and they are not as frequent.  I have had several more genetic tests, FISH, Mircroarray, Karrotype banding as well as some basic Mitochondrial disease testing and nothing has shown anything yet.  They’ve even checked me for Congenital Central Hypoventilation Syndrome based on the low heart rates and my sleep apnea but that was negative as well. 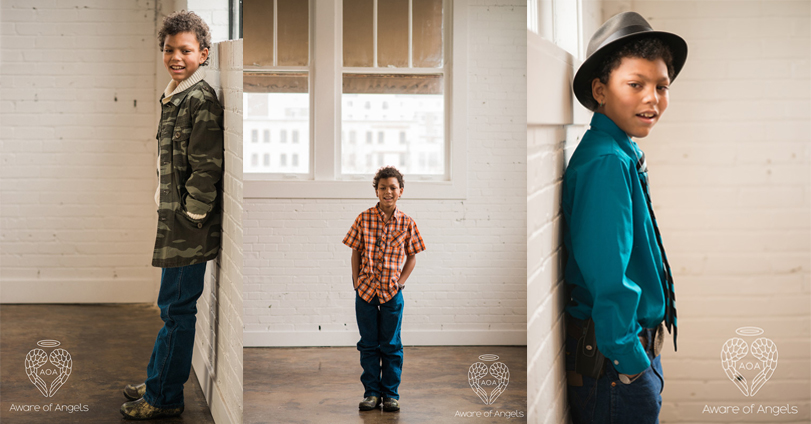 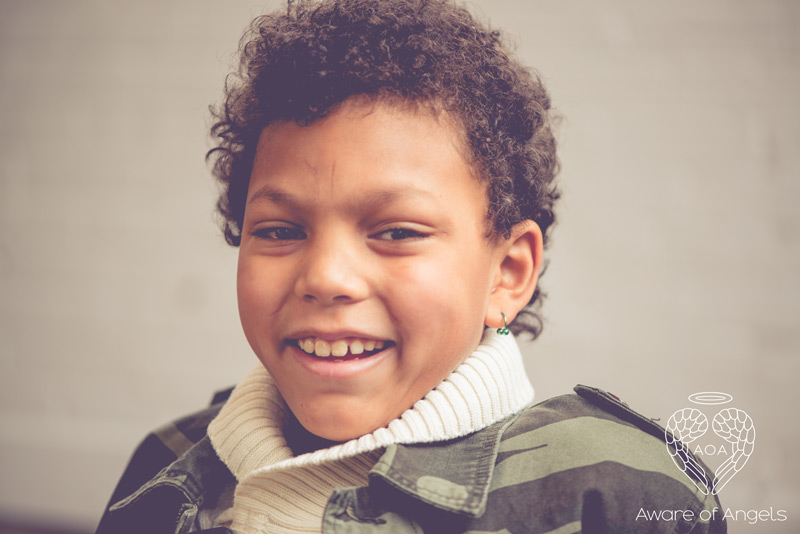 I have tried to get Whole Exome/Genome Sequencing approved but so far insurance is just denying it.  My doctors aren’t sure if it will make a difference or not but my mom would really like to know what to look for next and what to be aware of so we can treat it as it arises rather than always playing a guessing game. Mom says the biggest struggle has been not being able to communicate with me effectively and not being able to read what is going on with my body well enough to know how to help me when I’m not feeling well.  She says it has been tough being my advocate and fighting for me when the doctors want to turn and ask me questions and I just repeat the last thing they said whether it goes against what she said or agrees with it because that is how I have always communicated.  I ECHO.  It’s called Echolalia .   She says it’s frustrating when they sometimes think she’s overreacting and I end up paying for it when they finally realize she wasn’t and the same goes for my teachers too. 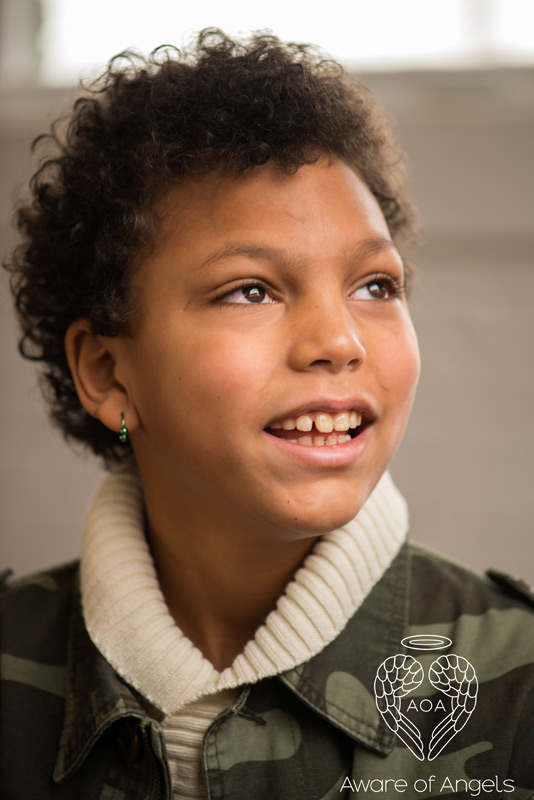 Sometimes my teachers think I can’t do things that I can just because I can’t talk to them or they think I can do things (like come to school sick) that I really can’t because it will cause problems with the rest of my body.  It has only been when she has caved and sent me that they see how really sick I can get. 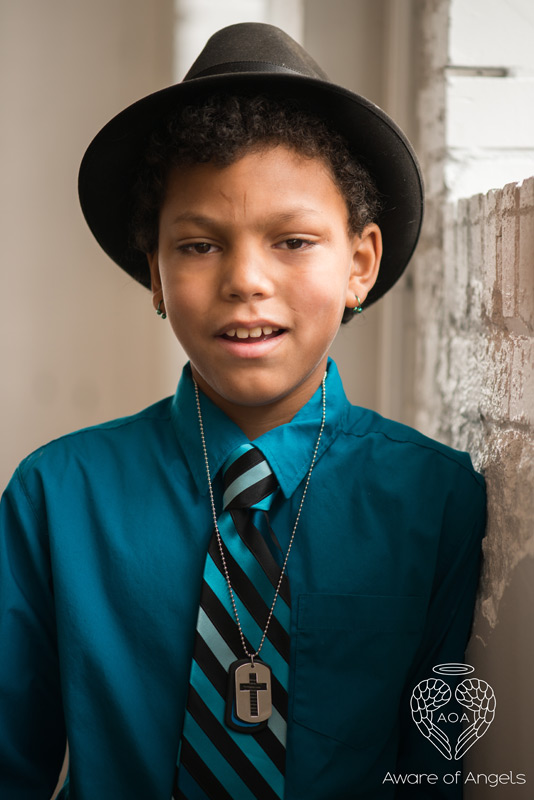 The insurance field can be kind of aggravating too she says.  She tries to do things to keep my safe and they don’t think outside of their “box” I guess and reject things that I really do need.  That is what aggravates her the most.  But also rejecting me for tests and sometimes medicines that I need.  I mean, come on…the doctor wouldn’t order it if I didn’t need it.    I think the best thing others can do when interacting with me is treat me like I AM capable and competent and have a brain. 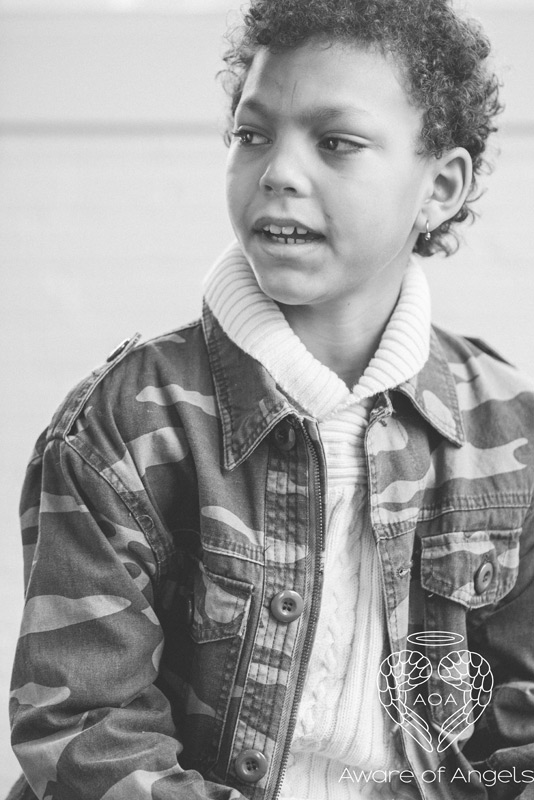 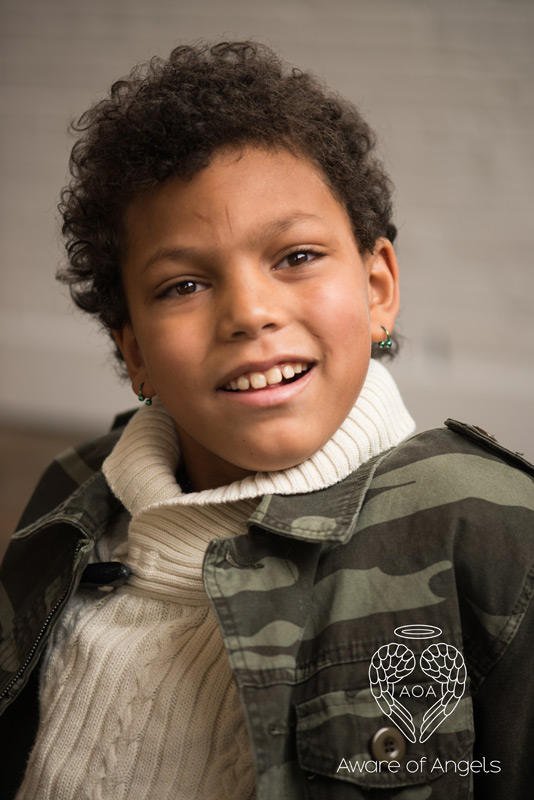 I’m a normal 13 year old boy on the inside…it’s just my outsides that don’t always work so well.  I like cute girls, cool cars, cute girls, cool bands, sports, snowboarding, (did I mention cute girls yet?), fishing, riding horses, the rodeo, monster trucks, watching teenage shows on the TV, watching comedy and action (and sometimes scary) movies.   I’m smart as can be and I’ve got an amazing sense of humor if I can spell the words out to you…I’ve even joked with my mom that “I’m so smart I might be Einstein”.  I’ve written a poem and a short story that have been published in a book for people that use alternative methods to communicate (Typed Words, Loud Voices). 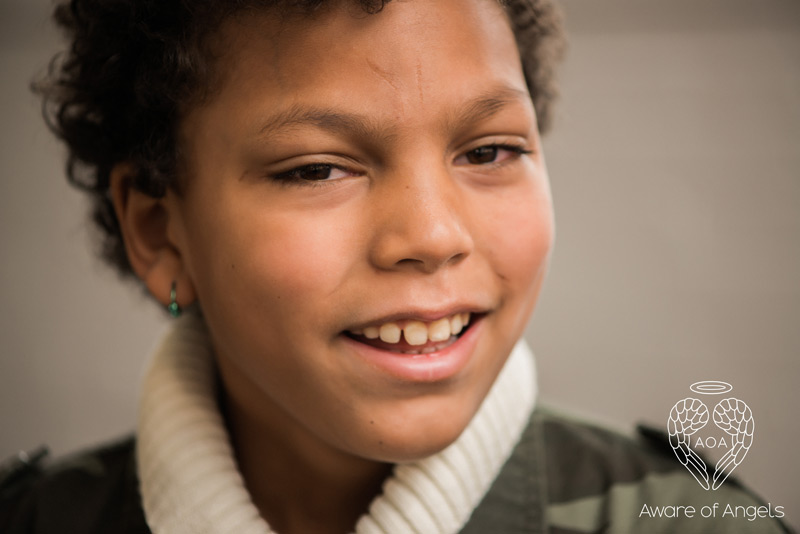 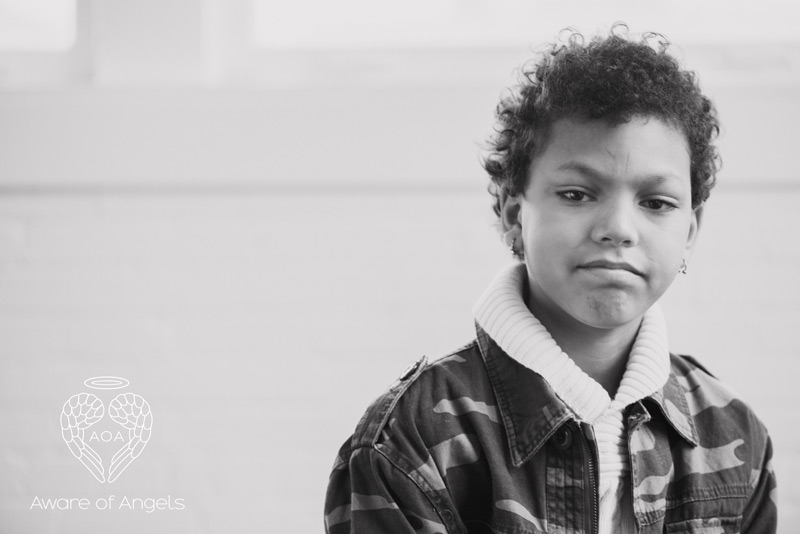 I did start hitting milestones though I am still delayed.  I can walk, run, jump. ride an adult trike, ride a horse, dress myself, spell on an alphabet stencil to communicate.  I am kind, caring, empathetic, helpful, full of joy and sparkle and love for life.   I’m just a really happy person and I enjoy every day I’m given though I really would like to have some answers.
Email communications can go through mom Katrena at Ldyvixenne@yahoo.com 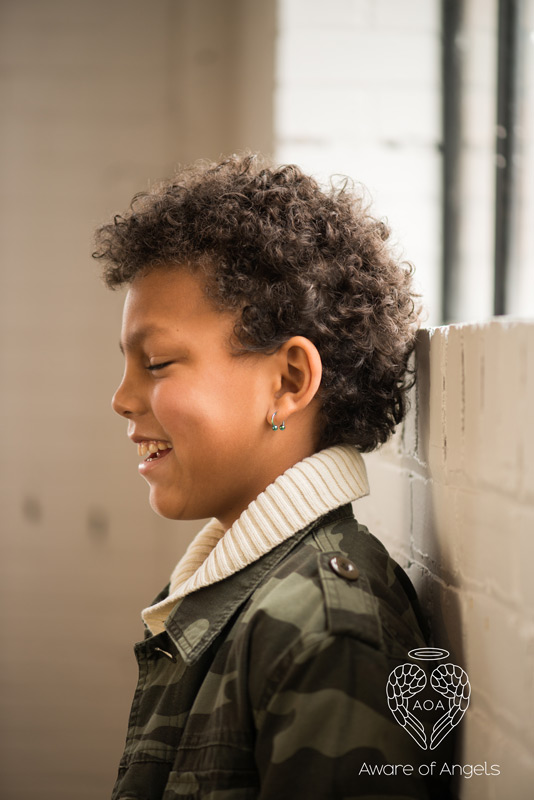