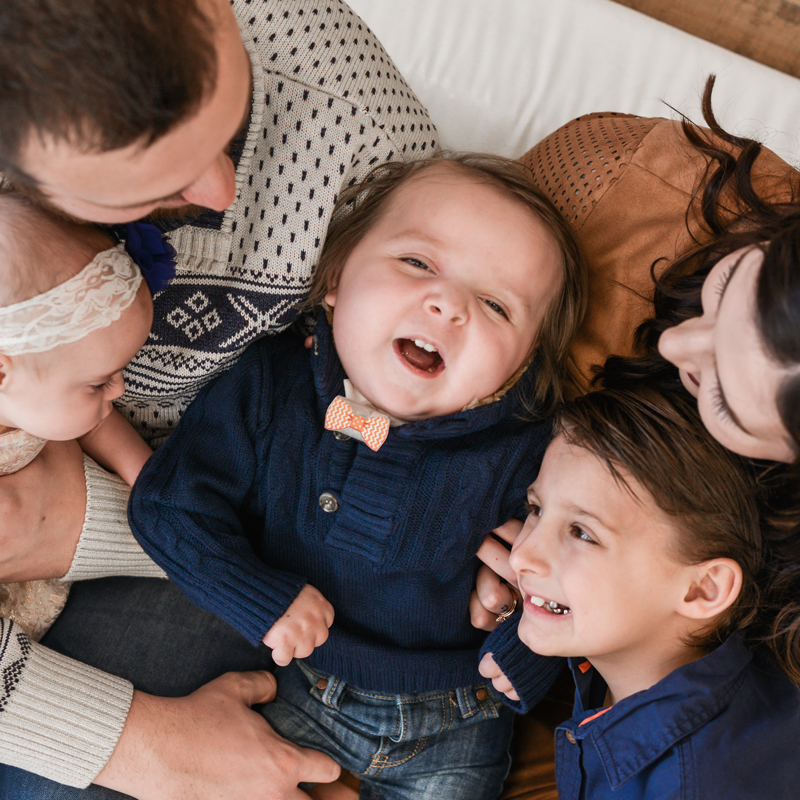 Stockton is our Undiagnosed Medical Mystery, though we prefer to call him our medical miracle. Though his root condition (undiagnosed genetic syndrome) is still unknown, he has many other conditions that stem from it. 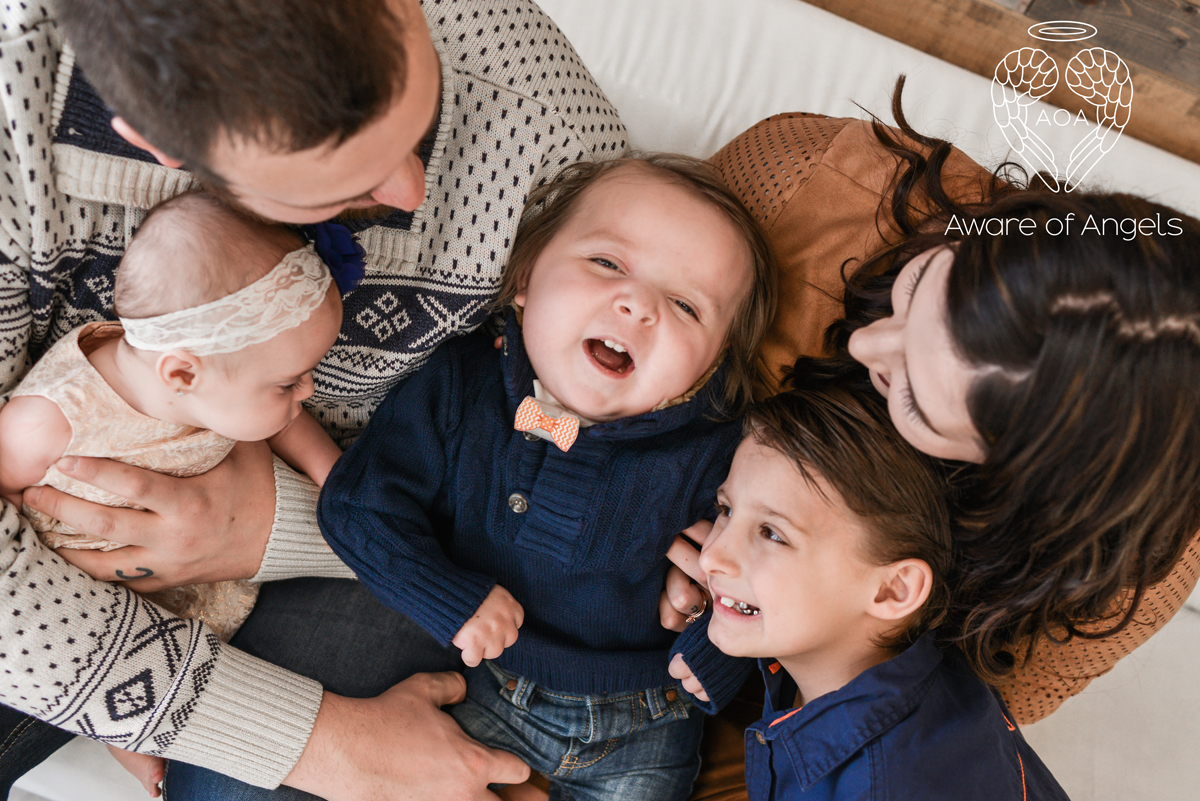 While pregnant with Stockton, all that we knew that he had was clubfoot. At the end of my pregnancy I had a placental abruption and spent a month in the hospital, until he was delivered at 36w 6d. When Stockton was born, we quickly realized his hands were also contracted (camptodactyly, clinodactyly). At birth Stockton began to throw up all of his feeds, they would all come shooting out of his nose. We thought it was typical newborn reflux, and two days after Stockton was born, he came home. His vomiting continued and his Pediatrician sent us down to Primary Children’s for a swallow study which he immediately failed, and was admitted into the hospital for the first time.

He stayed there for about a week, and an NJ feeding tube was placed, temporarily we thought, until the reflux calmed down. He was in and out of the hospital for two months because the vomiting was so out of control, meanwhile he was losing weight rapidly, and also having weekly casting and bracing to correct the contractures on his feet and hands. (Distal Arthrogryposis, we had finally learned was what it was called.) 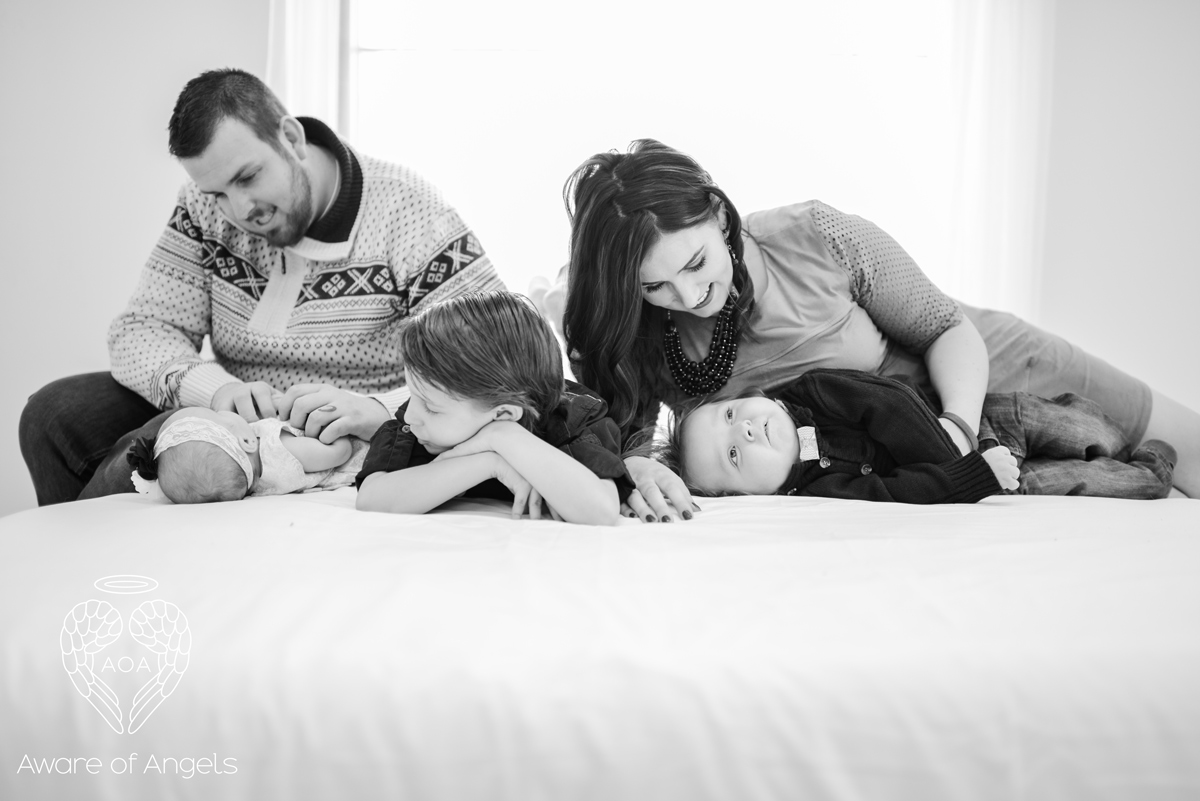 Just before Stockton turned 2 months old he was admitted for the vomiting, and they did a bunch of tests to figure out what was going on. With the NJ feeding tube bypassing his stomach, the only thing left for Stockton to throw up was his stomach acid and bile. It was so severe that when it would come spraying out of his nose, his entire face would start to bleed it was so raw. They did a probe study test to find that he was vomiting this acid 200+ times a day. An MRI of the brain showed that he had an Arnold Chiari Malformation, type 1. (Pressure on the brain stem.) Which we thought explained the severe GERD (Gastro esophageal reflux disease). At two months old Stockton had a Nissen surgery done to make it so he wasn’t able to throw up anymore, he had his G-tube placed and had a few hernia repairs. 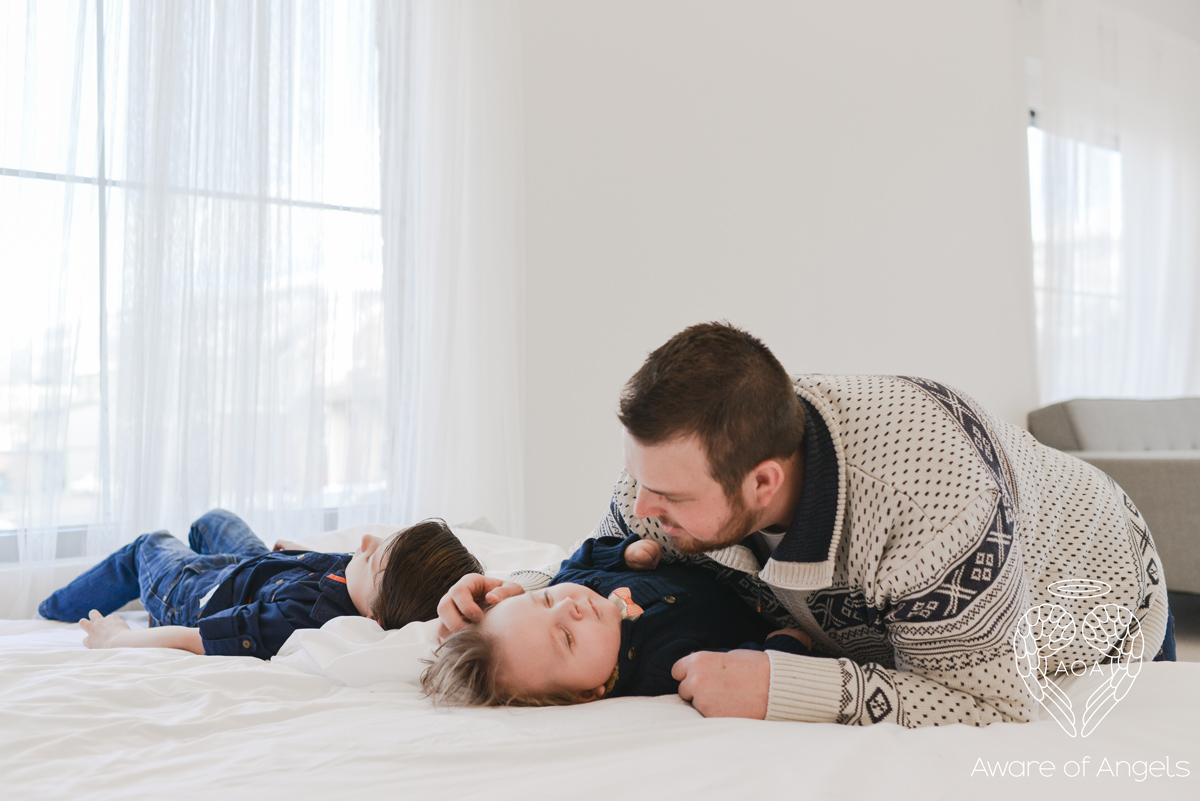 Once this was done, we thought he would finally begin to get better, we thought his main condition was Arthrogryposis in which, cognitively your development is fairly typical. A month after his surgery Stockton had his first seizure. He was taken to the Emergency Room, admitted to the hospital and after a series of different EEG’s we didn’t know what was going on, because though his brain waves were abnormal, they didn’t look seizure like. It wasn’t for a few more months that we found out he did in fact have Epilepsy. Once we began treating that, we again thought we were in the clear. 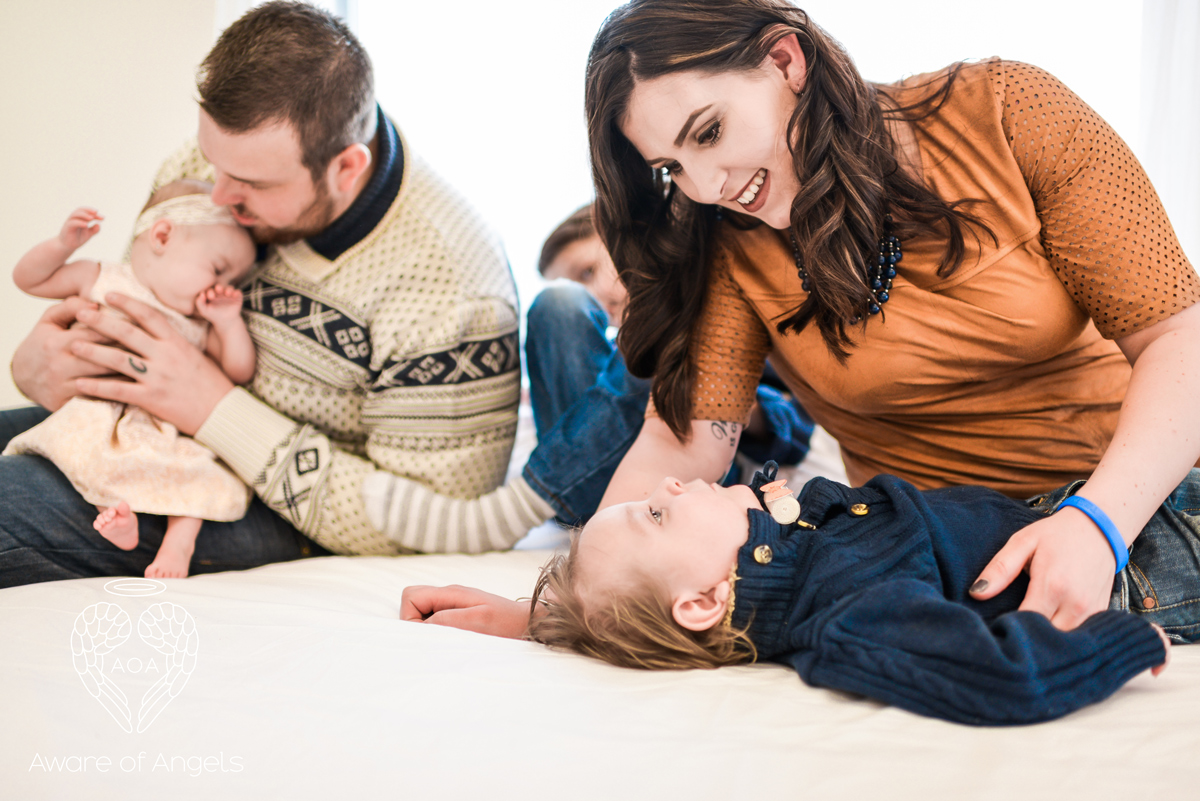 When Stockton was 6 months old, he all of a sudden struggled extremely hard to breathe and move air in and out of his lungs. It was as if he had the ability one day, and the next it was just gone. He was in the ICU for a long time while we tried to figure out what was happening to him. First step, was to try and widen his airway. A supraglottoplasty surgery was done, as well as several scopes to look around and see if it was some structural abnormality. No structural cause, and the widening of his airway failed. Miserably. It was at this point that no one knew what to do. It wasn’t structural, and yet he was retracting so much his entire chest would pull back to nearly his spine. We were asked to sign off on a video of his breathing so they could use it to teach in medical school it was so severe. Was his Chiari compressing his brain stem so much it wasn’t allowing him to breathe properly? No one knew, we had a care conference with doctors from several different specialties (pulmonology, neurology, neuro surgery, ENT, the list goes on and on.) 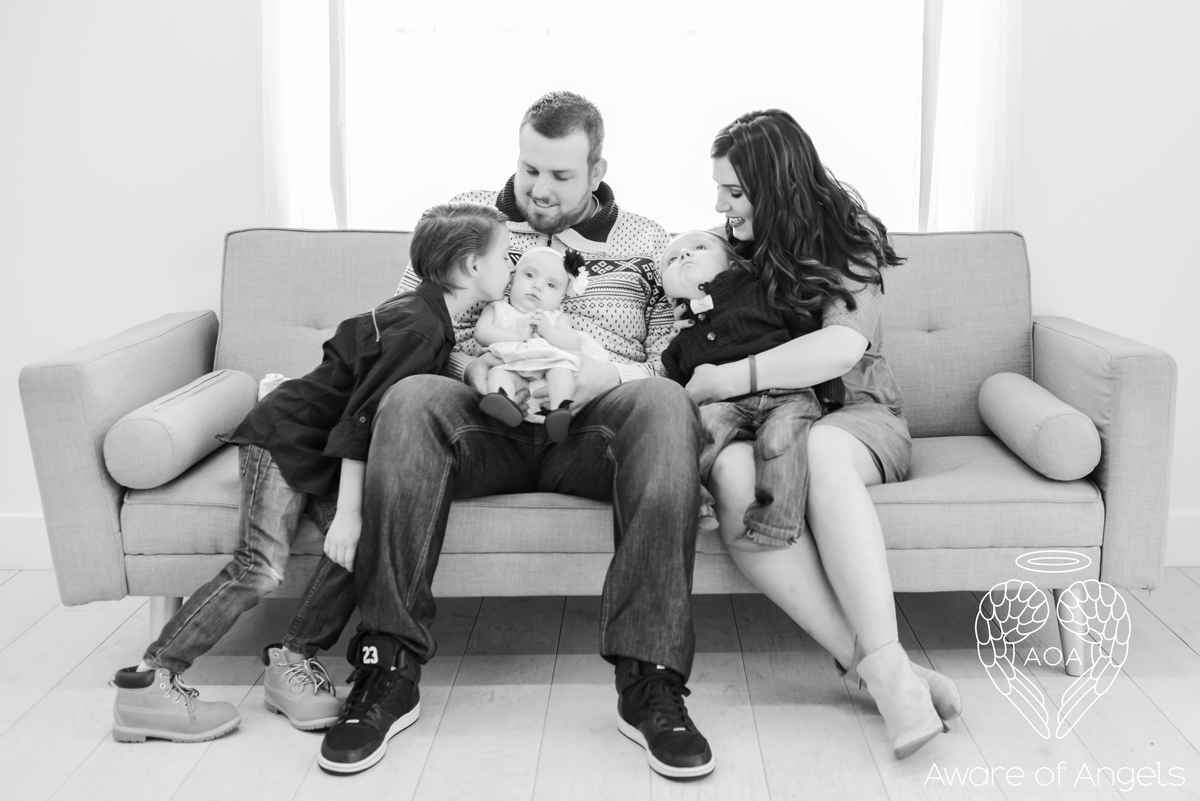 We opted for a secure airway over brain surgery, and so on November 7th, 2014 Stockton got a tracheostomy. A few hours after, recovering in the PICU, Stockton started turning blue and his sats all started dropping. After a few minutes of working to stabilize him, they called a Code Blue and we watched in horror as our baby boy completely flat lined. His Trach tube had ended up in his chest cavity and all the air and pressure  from being bagged that was supposed to have gone into his lungs had actually collapsed his lungs and stopped his heart. Chest tubes were placed, A paralytic medication was given, CPR, everything was done and after being down 4 1/2 minutes they had successfully re-started his heart.

After that hospitalization we really and truly believed it was going to get better, but a few months later and he still wasn’t growing or improving. Our Neuro Surgeon decided it was time to decompress his brainstem. March 2015, he went into brain surgery. Everything went smoothly, at least we all thought so. Two days later my husband and I were panicking at how Stockton was acting, and what his numbers on the monitor looked like and we begged for a CT scan. A few hours later, they rushed him into Surgery because he had developed severe Hydrocephalus (fluid in the brain) and was knocking on the door of brain death. A VP Shunt was placed. A few weeks later and finally home, Stocktons brain started hemorrhaging and he was life flighted for the first time. He won’t turn one we were told. 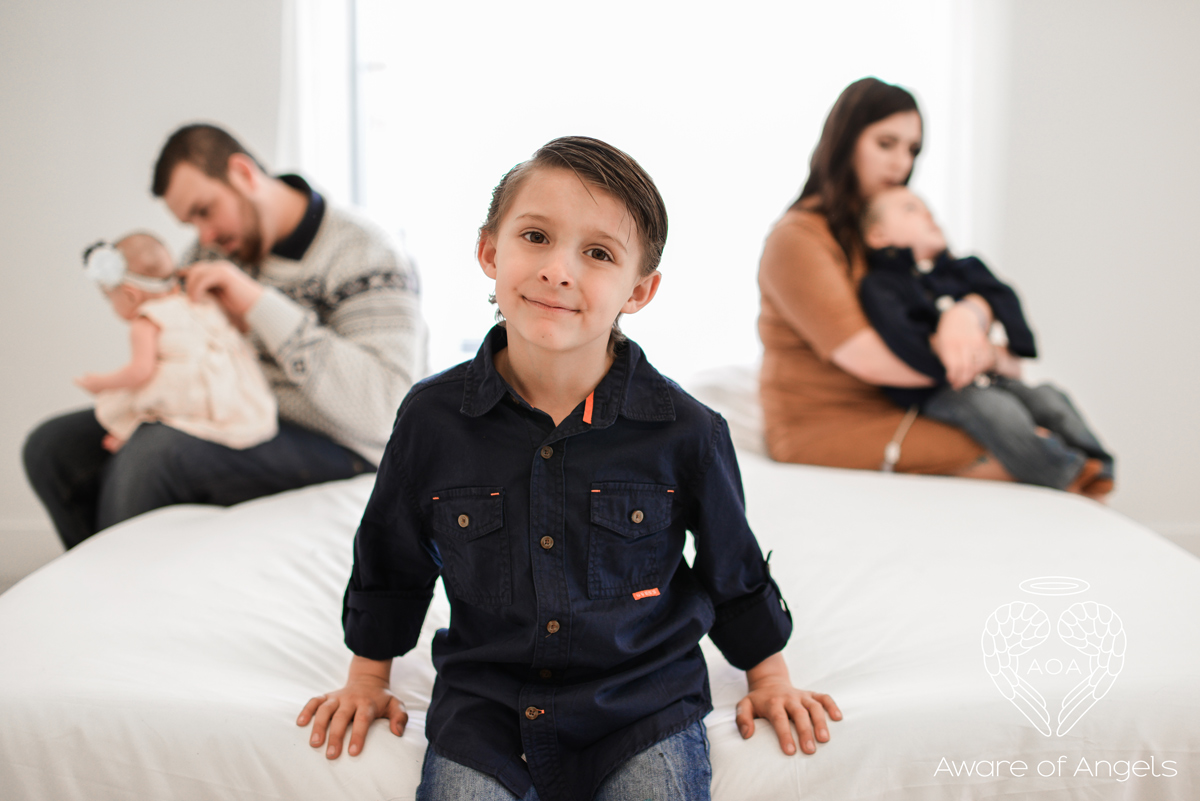 A few months later.. he turned one. He was still tiny but oh was he mighty. He didn’t grow much that summer, he was still fighting seizures and was in and out of casts and braces, but for the most part he was stable. We have never been eligible for respite care so my husband and I would take turns watching him, especially because he had such severe aspiration issues. In November 2015 my worst fear came true. I fell asleep, and his monitors didn’t go off. I woke up in the middle of the night to find him purple and lifeless, I called 911 and did CPR until they arrived.. this was the first time I had to resuscitate my little boy. He was life flighted, admitted and stabilized, and a week later sent home.

On December 23rd, 2015 Stockton had a huge seizure at a family Christmas party, he coded and while waiting for the ambulance.. my family helped with CPR, bagging, and got him breathing again. We stayed at the hospital until Christmas Eve, because he didn’t look like he was going to survive the winter and we wanted what looked like it would be his last Christmas to be spent at home with his parents and his big brother. Christmas night he was ambulanced back to the hospital because his temperature was declining rapidly, he was hypothermic and it looked as if his organs were beginning to shut down. A few weeks later he left the hospital, stable. 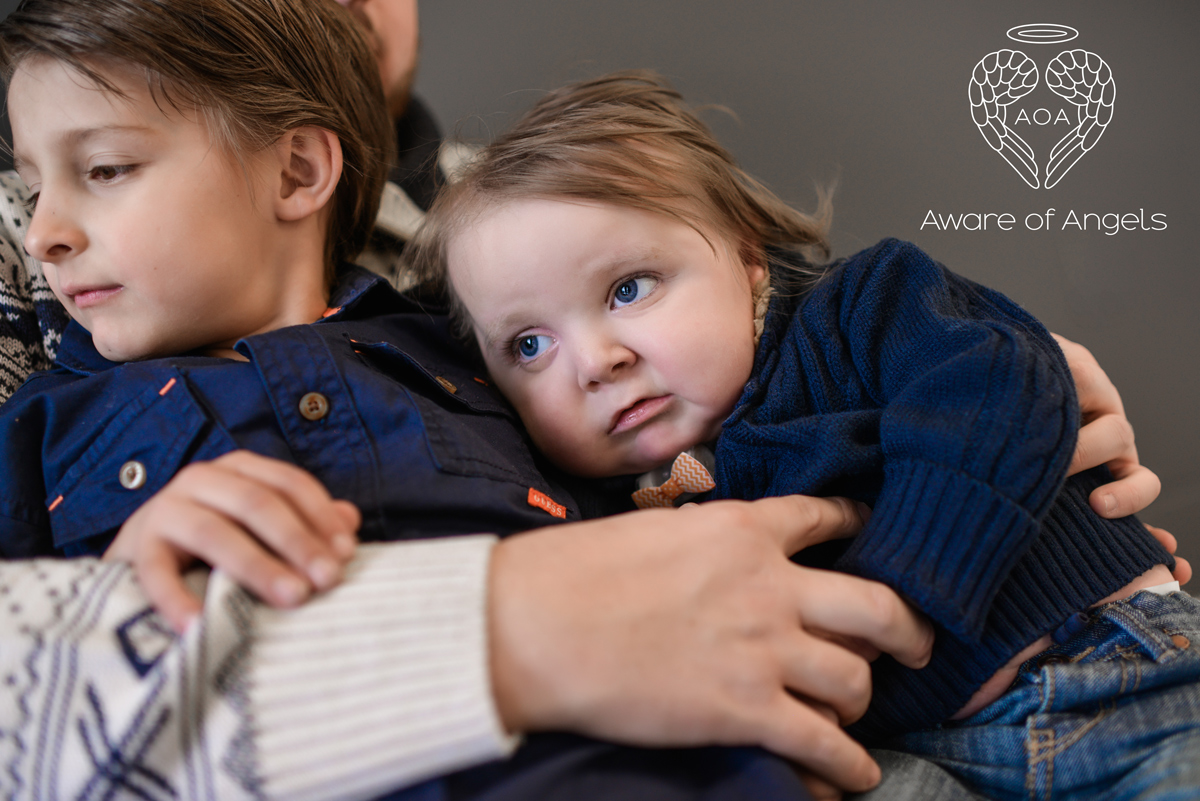 The year of 2016, when it seemed as if all of his doctors had given up on him is when he truly thrived. He started to put on weight. He made it to his SECOND birthday! He finally grew enough to look his own age. He became a big brother. He proved everyone wrong.

All in all, so far Stockton has been hospitalized 50+ times (I’ve lost count), he had been ambulanced dozens of times, life flighted 6 times, coded 6 times, I have had to revive him 3 times. He has had 10 surgeries so far, dozens and dozens of casts and braces to correct his contractures, he has been through so much. 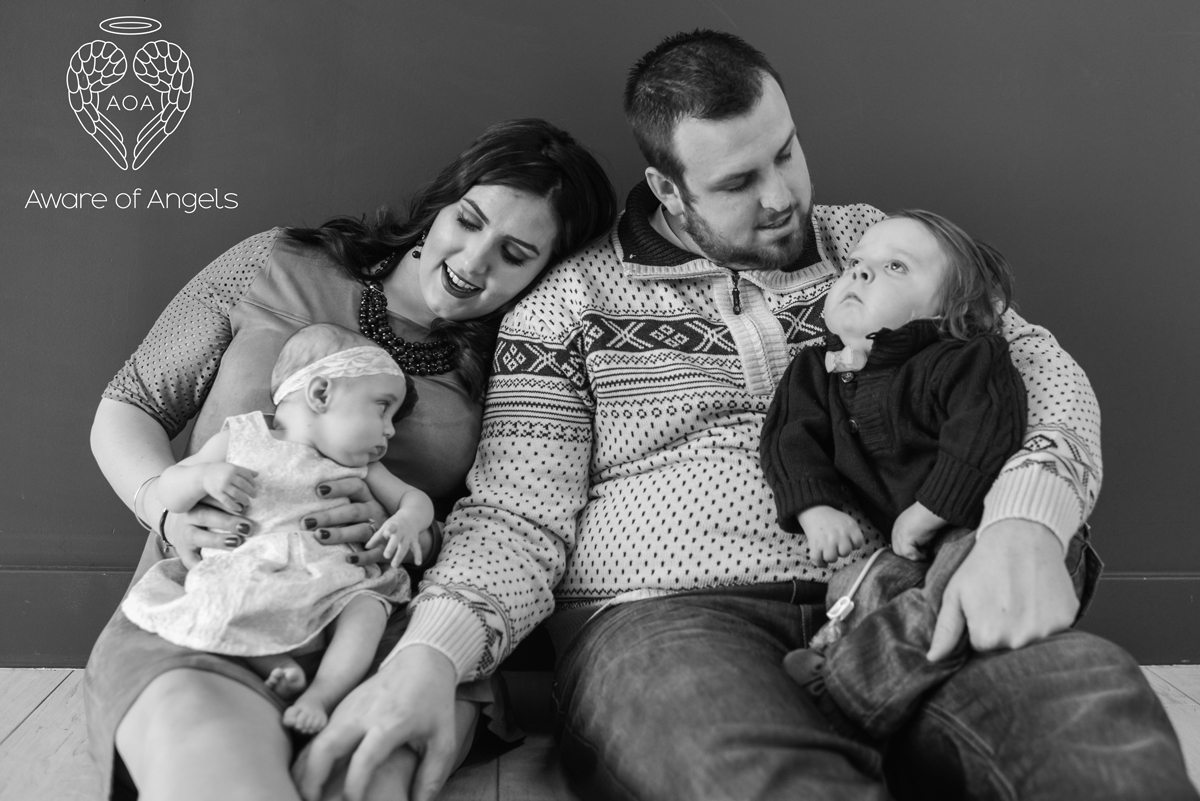 He has all of these different things, and yet the smile and warmth he radiates you would never know all he has been through. He has fought through everything and has never given up. His journey being Undiagnosed has been long and hard, but he has never given up and neither will we. We have dedicated our lives to fighting for him, fighting for answers and making the most out of every single second we’re blessed to have him.