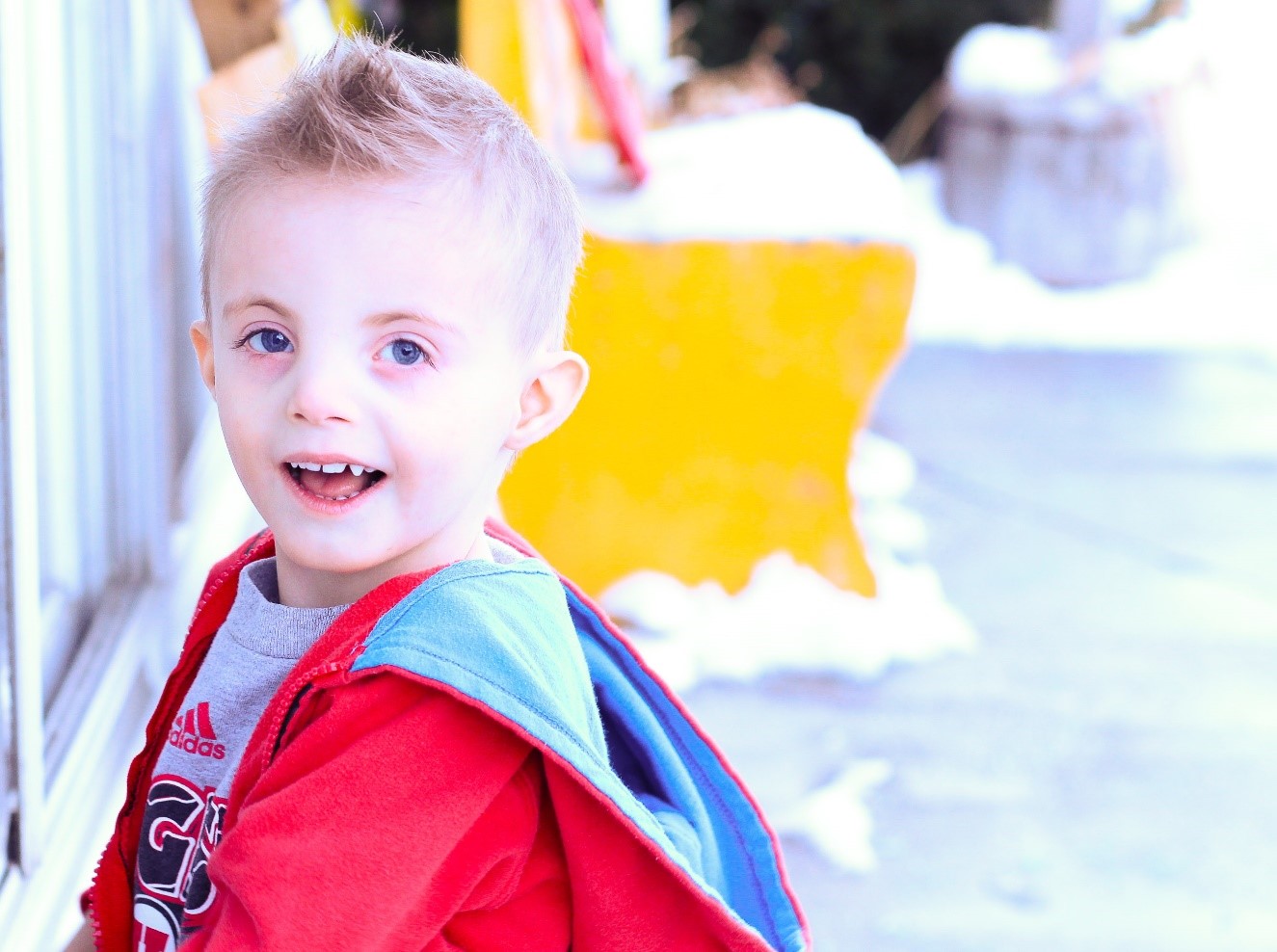 Our little guy Taylor was born at 34 weeks because he had stopped growing, they said it would be better for him to be born so they could help him grow.  He was born at 2 lbs 13 oz. At first, they diagnosed him with IUGR but we soon discovered he had more problems than that.  We spent 2 months in the NICU and he just didn’t seem to be compatible with growing.  There were days he wouldn’t gain anything at all.  When he finally hit 4 lbs we got to come home.  He was hospitalized several times in that first year for aspirating his milk.  He still periodically gets hospitalized, and those are challenging because he is just so busy.  But those instances are becoming fewer than where we started.

Initially, our insurance wouldn’t pay for Genetic testing because they said he was just small due to him being preemie. It took several doctors letters to our insurance before they agreed to do testing.  He was 14 months old when we got his diagnoses.  During the 14 months while waiting for a diagnosis he never learned to roll over or sit on his own.  But the one thing he was certainly great at was being the happiest little dude around! 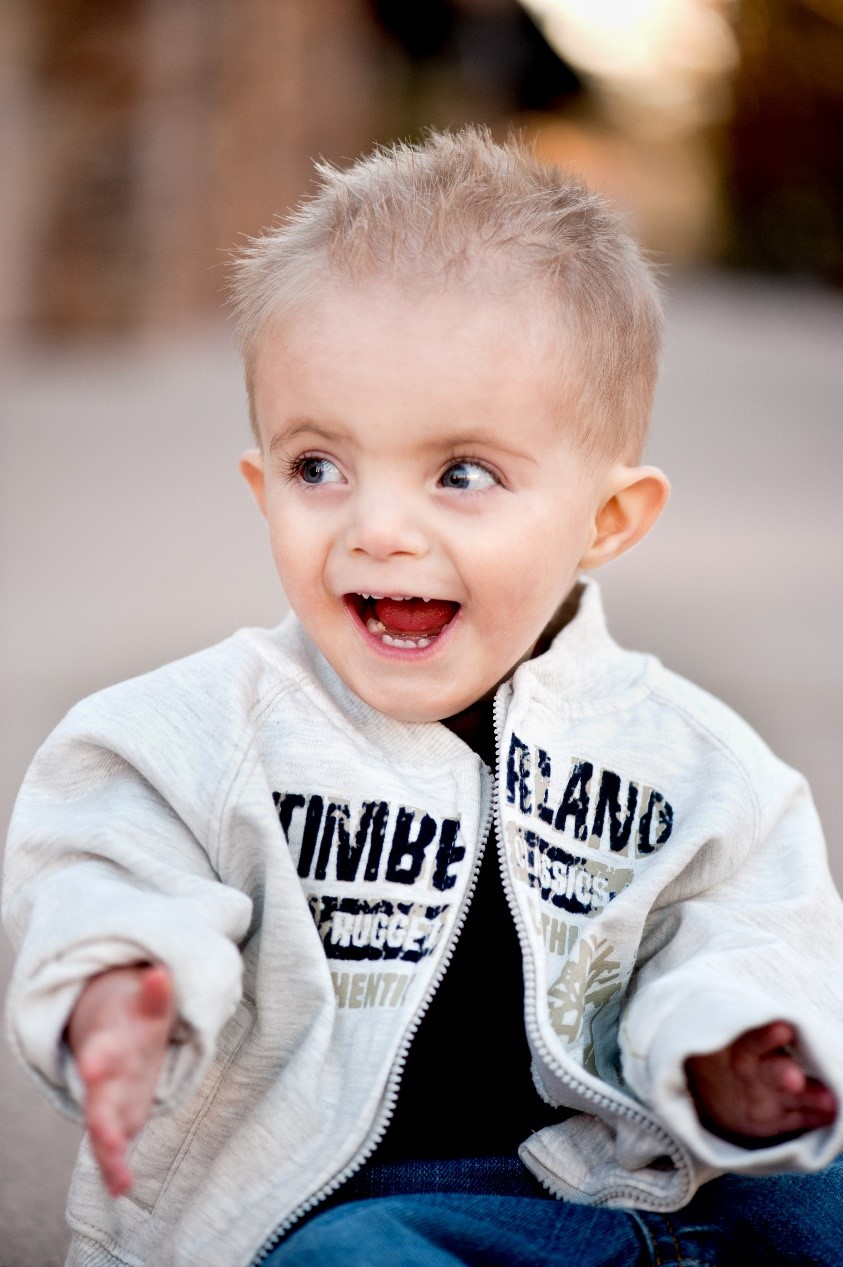 Taylor was diagnosed with 12q14 Microdeletion Syndrome, skeletal dysplasia (in combination with primordial dwarfism), and osteopoikilosis.

When we got the call, our geneticist told us he is a Crystal Ball because they really don’t know anything about his condition.  There are very few cases in the medical Journals and out of the genes he is missing they only know what 2 of those 55 genes are.  One of course is growth.

At the age of 2 he began having seizures, they are very scary for both him and mom and dad, and they have run many tests but have not been able to find anything.  He is currently on seizure meds and they appear to be helping him because he hasn’t had any seizures since starting them.

As time passed he did start gaining some muscle and rolling over and then began to sit on his own at 18 months.  But he still wasn’t putting any weight on his legs, standing against things, and he wouldn’t even really crawl. He just needed to do things in his own time.  Doctors told us not to expect him to walk but at almost 3 years old he learned to walk and we now can’t even keep up with the running toddler we have. 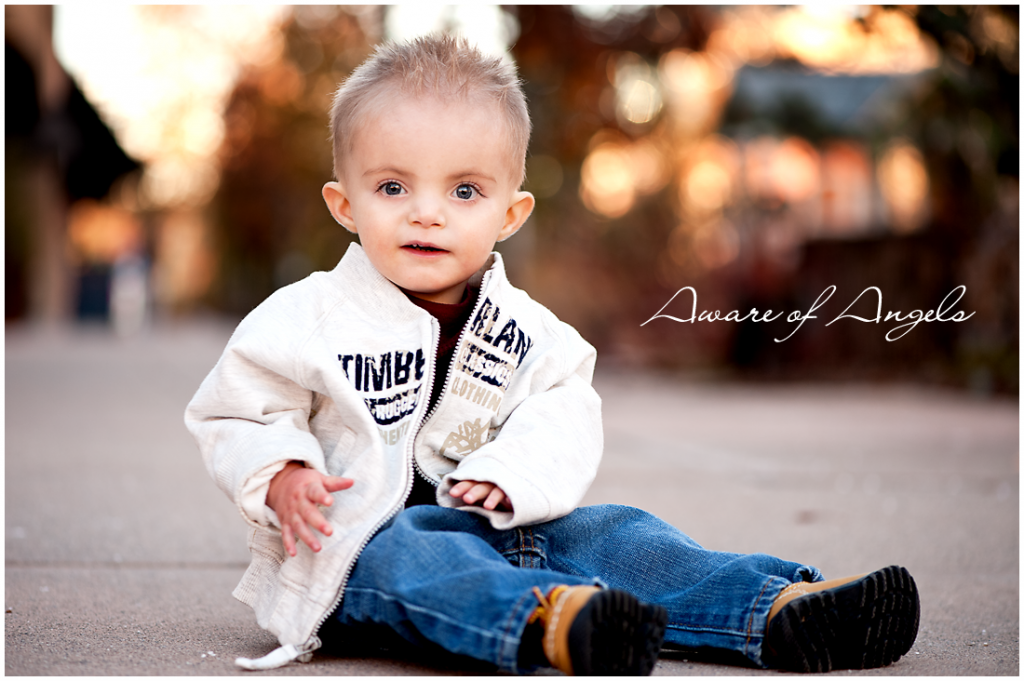 We do think his learning to walk was aided by starting him on growth hormone therapy.  It has certainly not made him a giant but it gave him so much strength and he has progressed so well because of it.

Taylor is nonverbal but has a love for music and will hum lots of songs. He recently learned how to quack, quack like a duck and he thinks it’s hilarious.  He is in a Special Needs Preschool that we absolutely love and is restless on the days he has off because he misses his friends and teacher. 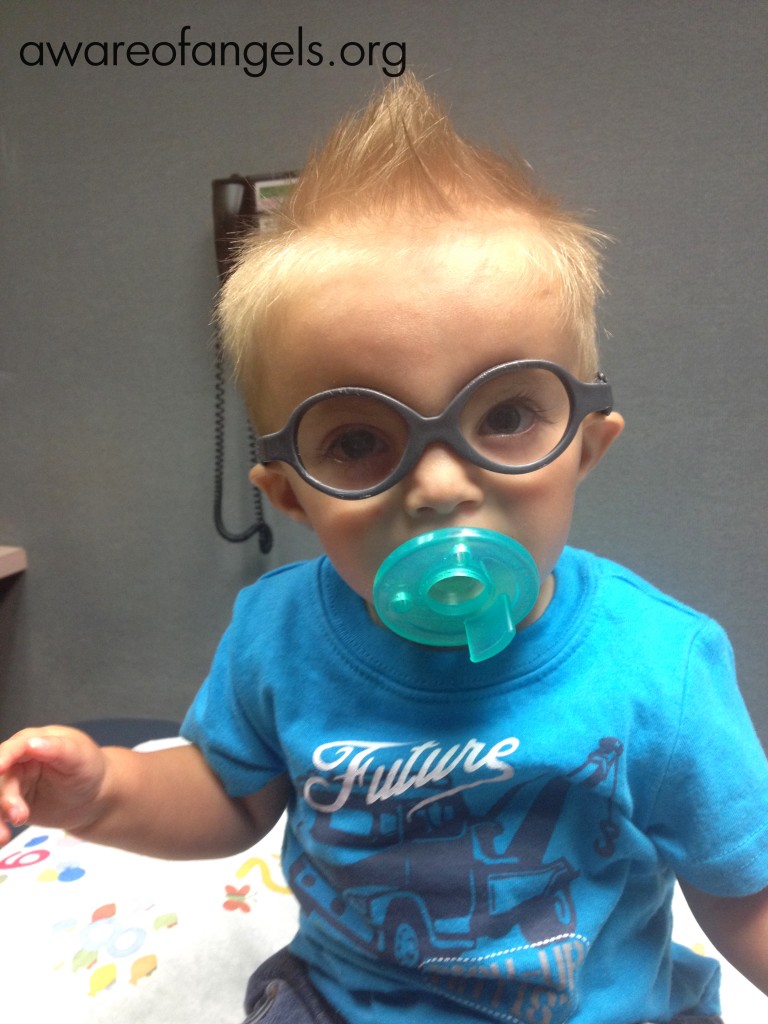 One challenge we regularly face is having to explain his syndrome to other people. He is so friendly and so small so people assume he is a baby and would never guess he will be turning four next week.  People have a hard time seeing him for the age he is so they will typically want to carry him and cuddle him.  But he is a very strong willed 4 year old and just wants to play with the other kids.  He can’t verbalize when he doesn’t want to be held so people just keep pushing until he eventually gets frustrated and either bites or pinches them so they will leave him alone.  To put his size into perspective, he will be 4 next week and he only weighs 17 lbs and stands 32 inches tall.  He wears 12 month clothes that my mom has to alter because he is so skinny. 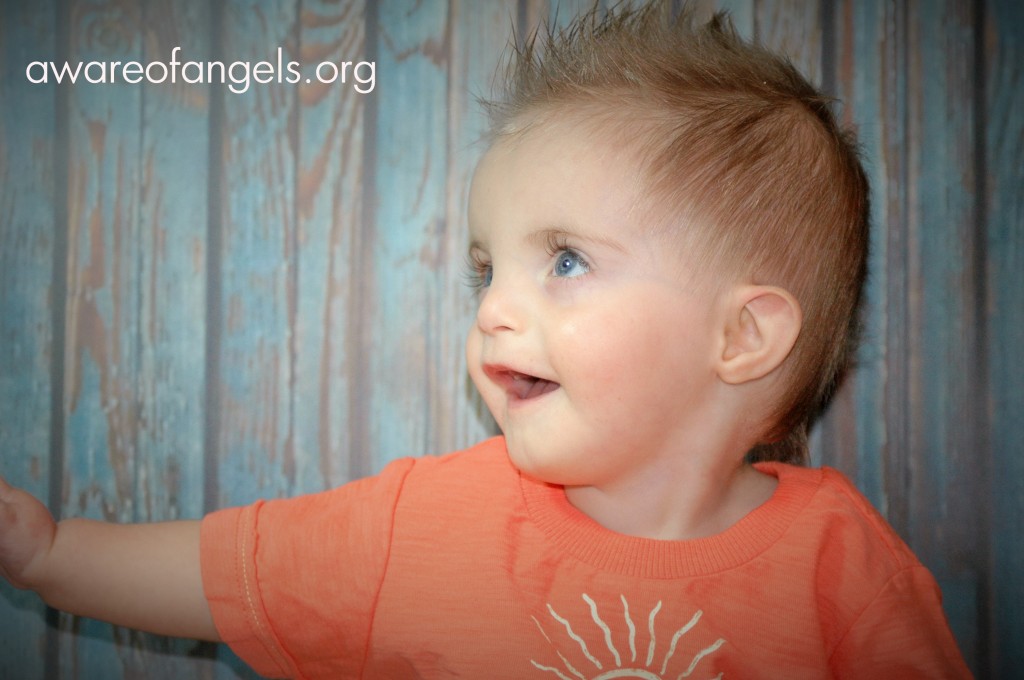 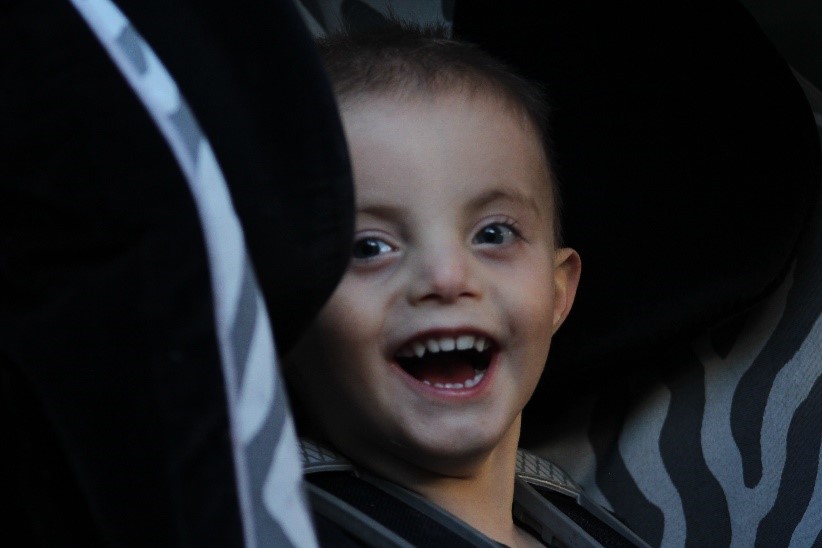 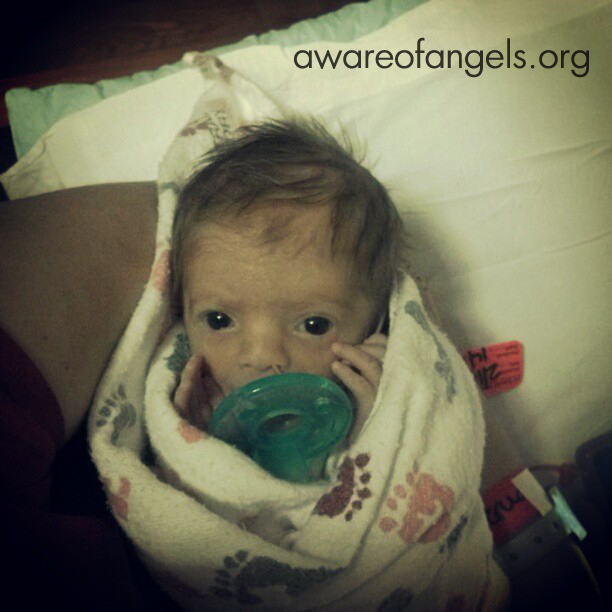 We also get many people telling us we should try feeding him.  That is so frustrating as a mom because my whole life is based around what I need to do for him and what I can do to make his life easier.  I know people just don’t think about it or understand his condition, that’s why I think awareness is so important! I am more than happy to tell people about him or answer their questions because being in this rare world I think we all understand how frustrating it is to not know and to not have any answers. 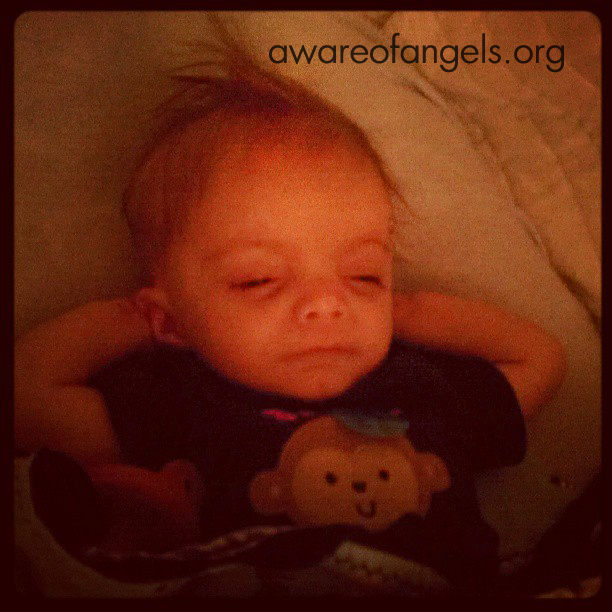 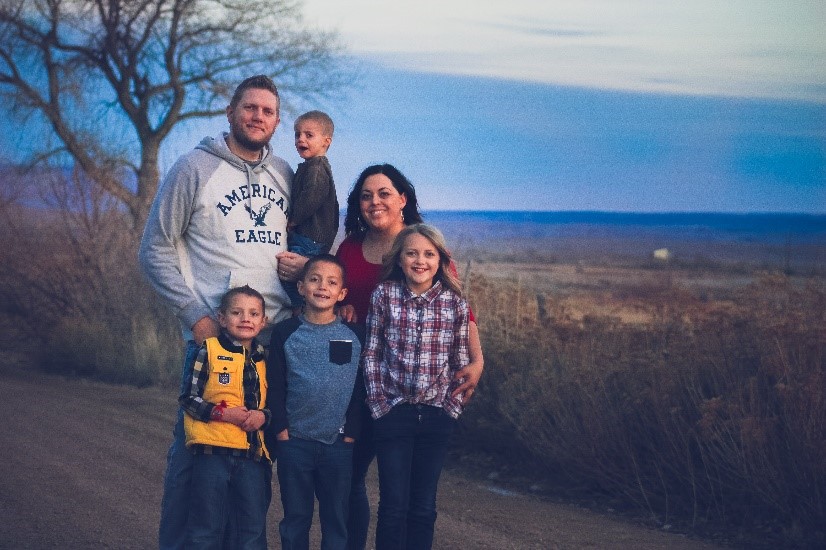 All of these challenges that we face are made easy because he is just the most loveable, happy, feisty little boy and he is loved by everyone he meets.  His smile makes even the worst days okay. 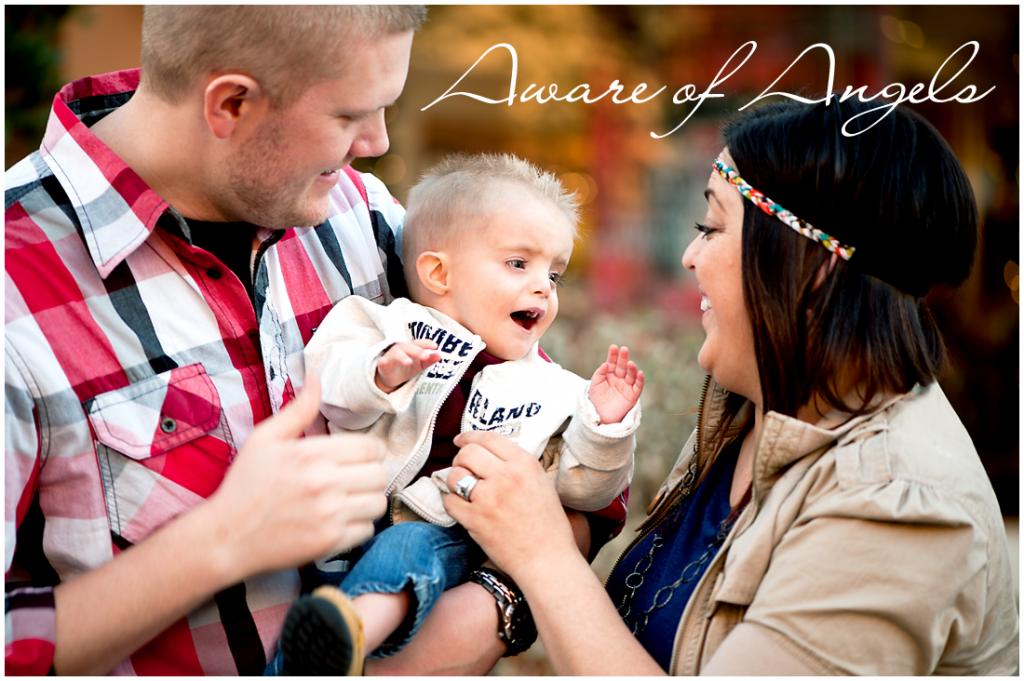 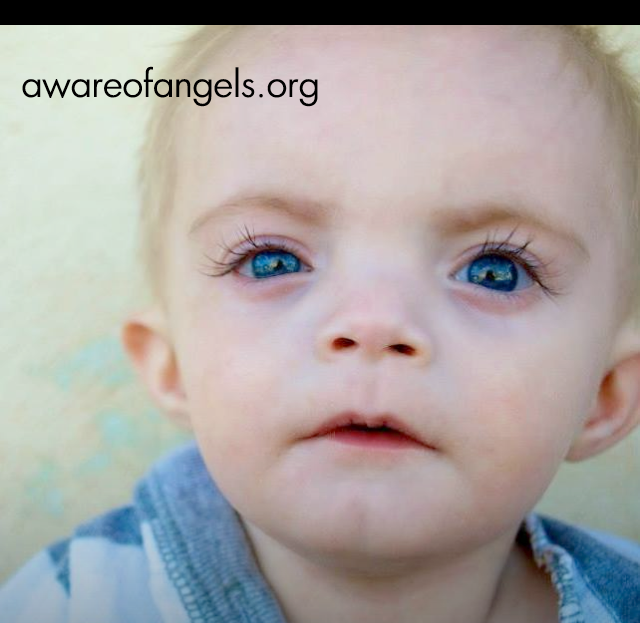